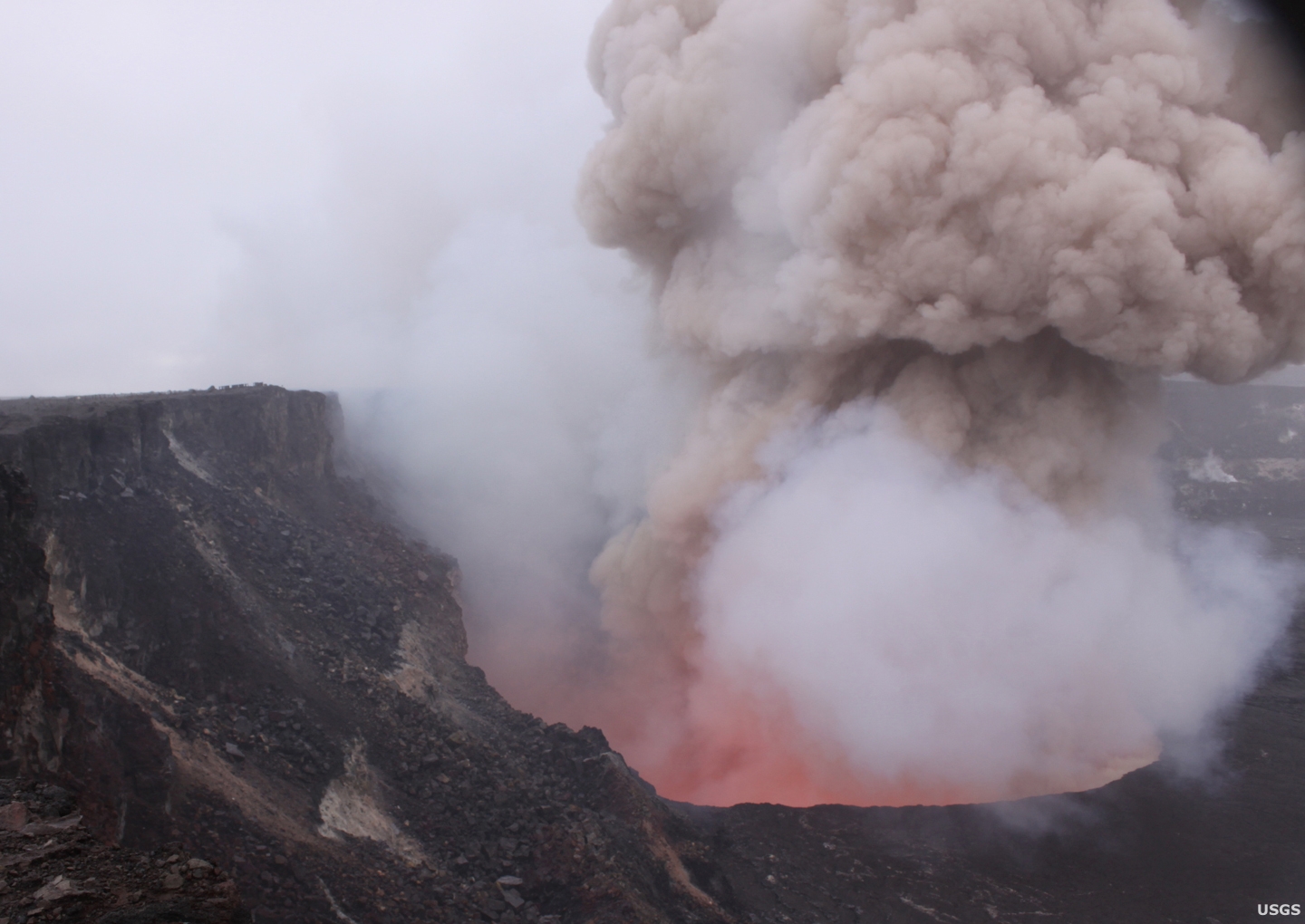 This image of a dusty plume produced by rocks collapsing from the wall of the eruptive vent within Kīlauea Volcano’s Halema‘uma‘u Crater was captured by a USGS time-lapse camera on December 21, 2011.  Vigorous spattering on the lava lake deep within the vent created the orange glow visible at the base of the plume.