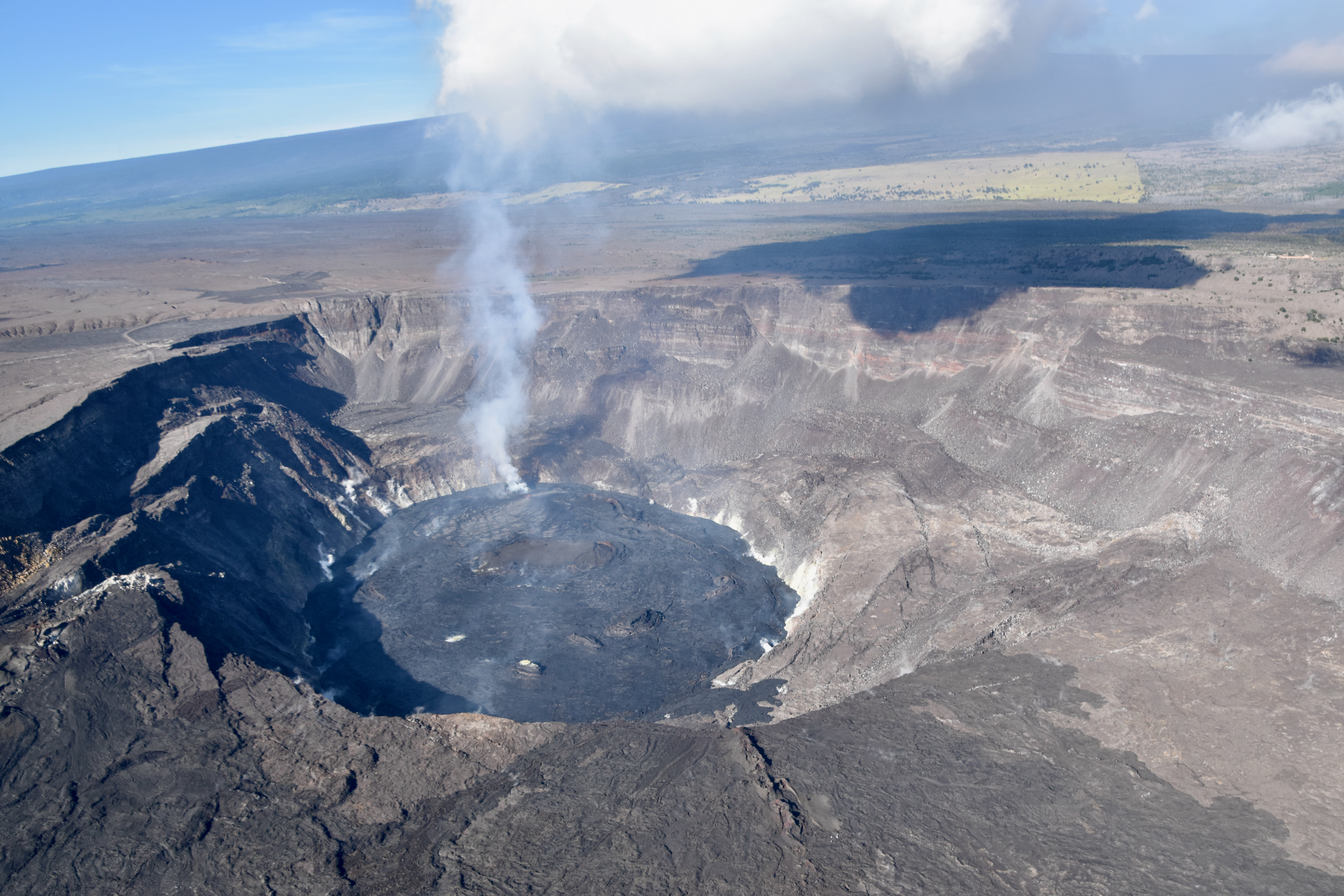 HVO geologists observed ongoing eruptive activity with Halema‘uma‘u crater during a helicopter overflight of the Kīlauea summit on the morning of November 16, 2021. Lava continues to erupt from a vent on the west side (far side in this photo) of Halema‘uma‘u. Low winds allowed the plume to rise vertically above the crater. The lava lake surface is now level with the lowest of the down-dropped blocks remaining from the 2018 summit collapse event, north of Halema‘uma‘u. A lava flow from the lake onto this block can be seen on the east side (near side) of the lava lake. The largest (and highest) down-dropped block is in the foreground. The flanks of Mauna Loa can be seen behind the plume in the background. USGS image by B. Carr.