Historic Tour - a boat being repaired at First Granite Gorge 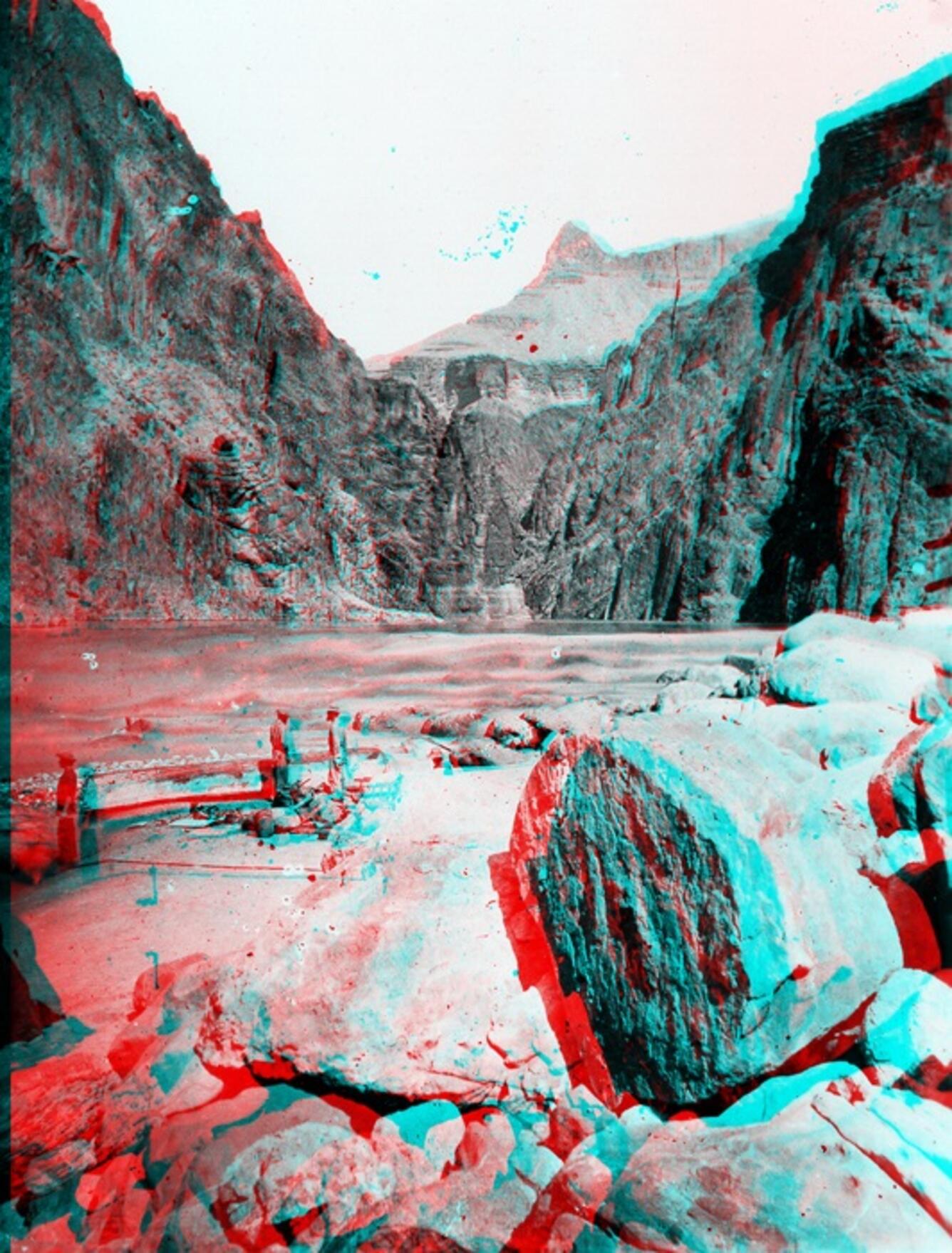 Grand Canyon National Park, Arizona. Repairing a boat at First Granite Gorge. September 1872. Powell didn't note seeing granite in the Inner Gorge until September 23, 1869. This photograph resembles published views in the Grand Canyon's Inner Gorge near Mile 82 (miles below Lees Ferry) in the vicinity of Grapevine Rapid (about 5 miles upstream from Phantom Ranch on Bright Angel Creek). The dark Precambrian granitic and metamorphic rocks stand out in contrast to the lighter-colored sedimentary rocks higher on the canyon walls. In the distance down the gorge, a flat-lying, ledge-forming unit is the Tapeats Sandstone that rests directly on the "Great Unconformity". The great unconformity is a boundary between the ancient eroded surface on the crystalline rocks that formed nearly 1.8 billion years old, and sediments deposited on top (The Tapeats Sandstone) which were deposited in shallow seas during the Cambrian Period, about 560 million years ago.