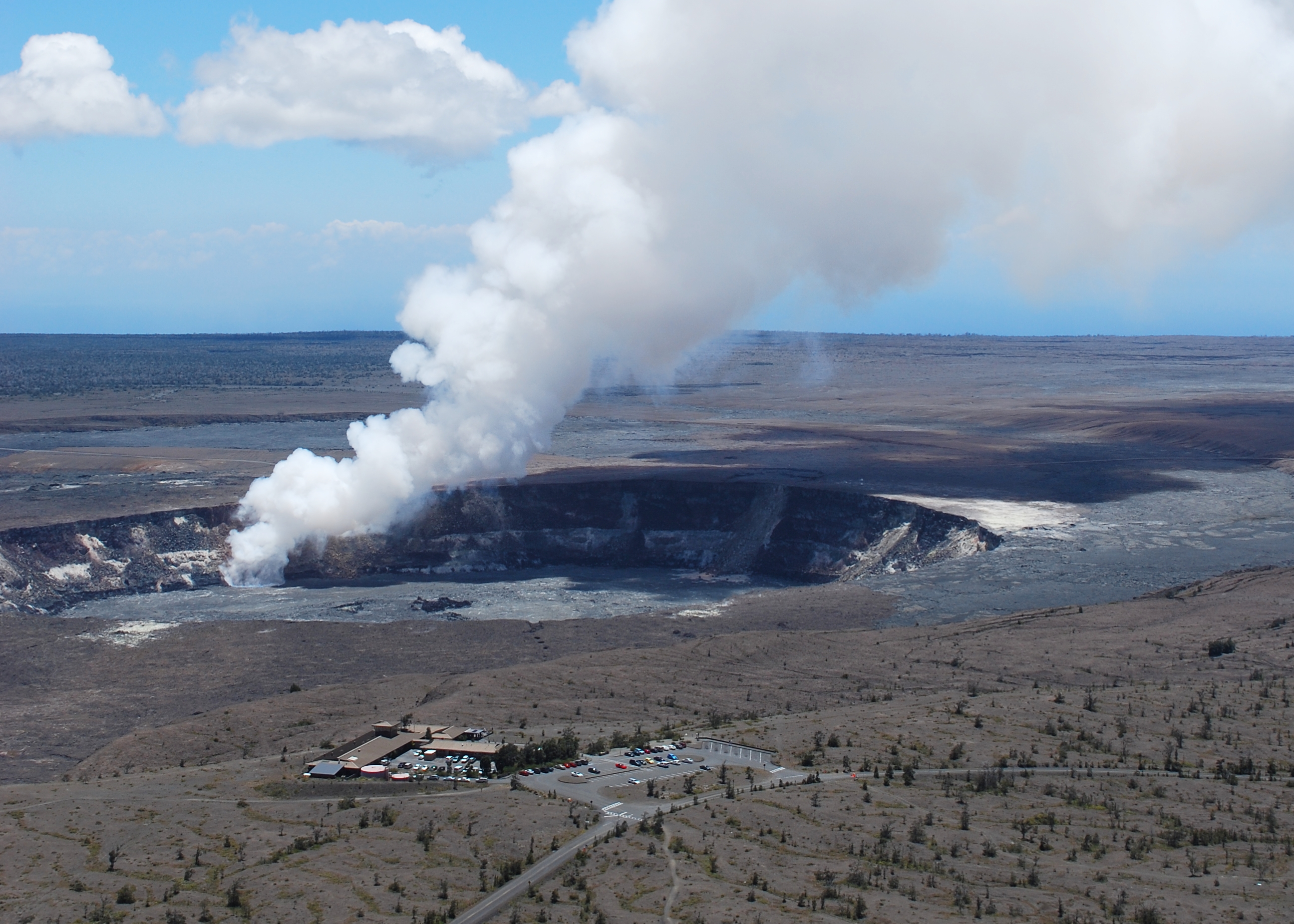 The U.S. Geological Survey's Hawaiian Volcano Observatory, the first volcano observatory in the United States, is located on the west rim of Kīlauea Volcano's summit caldera in Hawai‘i Volcanoes National Park. A volcanic gas plume rises from a vent that opened in 2008 at the base of the south wall of Halema‘uma‘u Crater. Crater Rim Drive in foreground. The observatory is about 1.9 km (1.2 miles) from the vent. Halema‘uma‘u Crater is about 1 km (0.6 miles) in diameter.