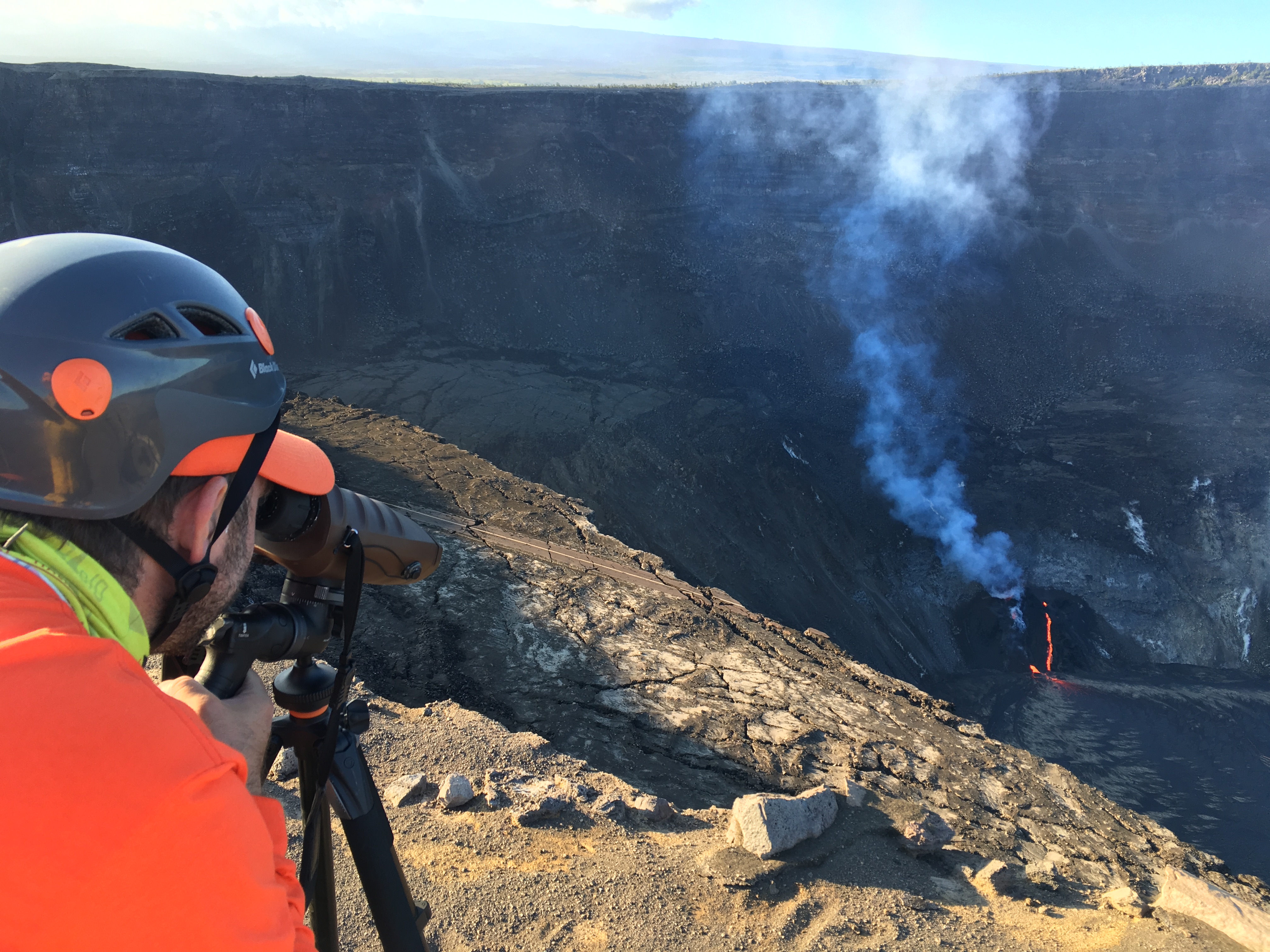 HVO scientists use a laser rangefinder to measure the distance to the lava lake surface at Kīlauea's summit. By making measurements from a reference point of known elevation, and because the elevation of the base of Halema‘uma‘u before this eruption began was known, scientists can derive the approximate depth of the lava lake which has grown over the past 8 days. In this photo, portions of Crater Rim Drive, which down-dropped during Kīlauea's 2018 summit collapse, are visible between the scientist and the lava lake. USGS photo by M. Patrick at 4:30 p.m. on December 28, 2020.