Ice breakup on the Skunk River 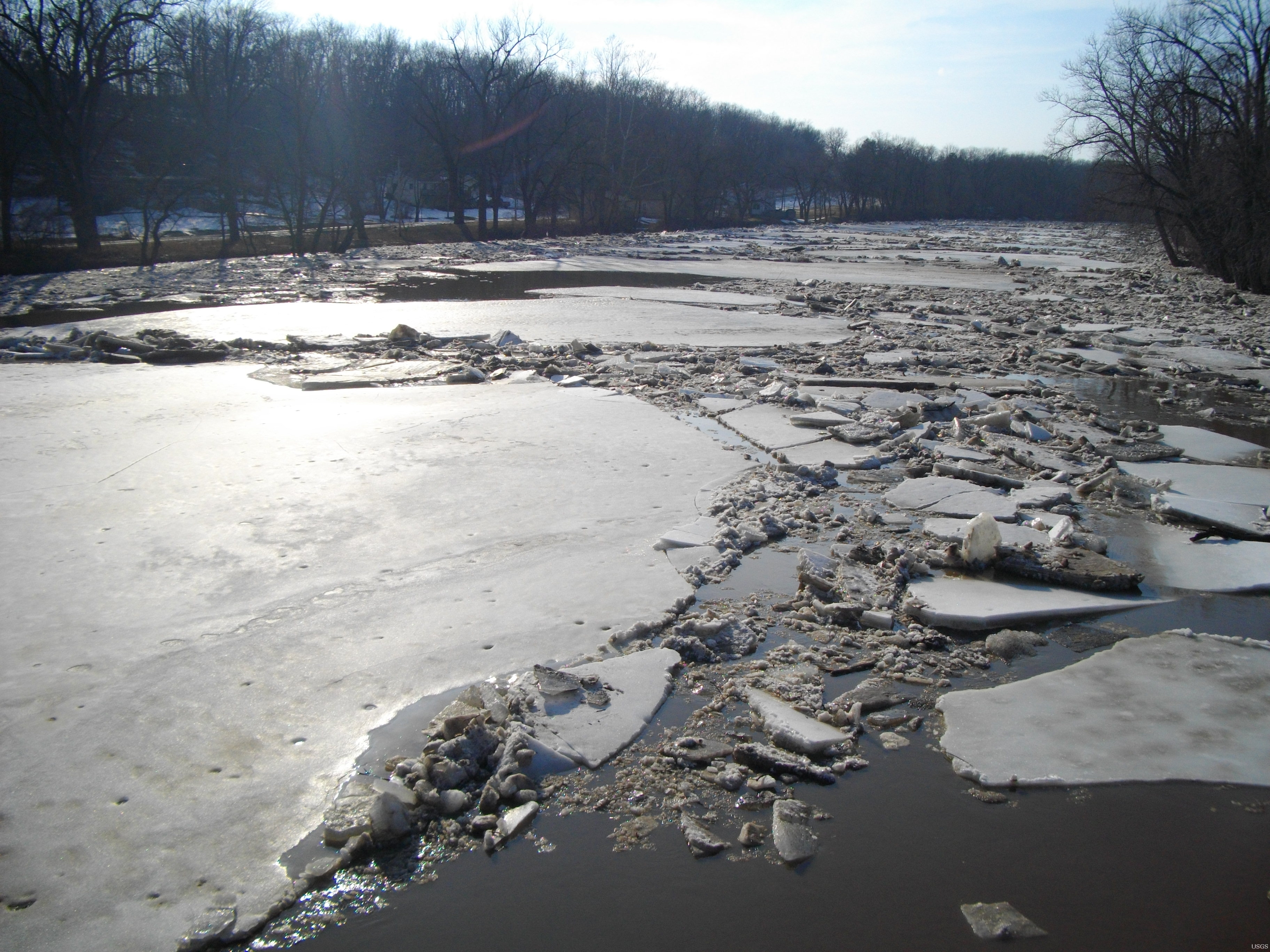 This image and associated video captures the breakup of ice cover on the Skunk River at Augusta, Iowa, on February 17, 2011, at approximately 3:00 p.m. local time. The river stage at the time was 14.50 feet (elevation 1,179.41 feet NGVD29). A preliminary estimate of the discharge at the time of the ice breakup is 9,500 cubic feet per second.

The USGS has operated a streamgage on the Skunk River at Augusta since 1913. The streamgage is located on the left bank of the river, just upstream of the County Highway X38 bridge in Augusta, and 10.4 miles upstream from where the Skunk River flows into the Mississippi River. The Skunk River watershed, encompassing 4,355 square miles, stretches from its headwaters in central Iowa near Williams to the southeastern corner of Iowa south of Burlington. In addition to real-time stage and flow, the USGS also collects a daily record of suspended sediment concentration and routine water-quality samples at the streamgage.