Image of area around front of Kīlauea's ERZ lava flow 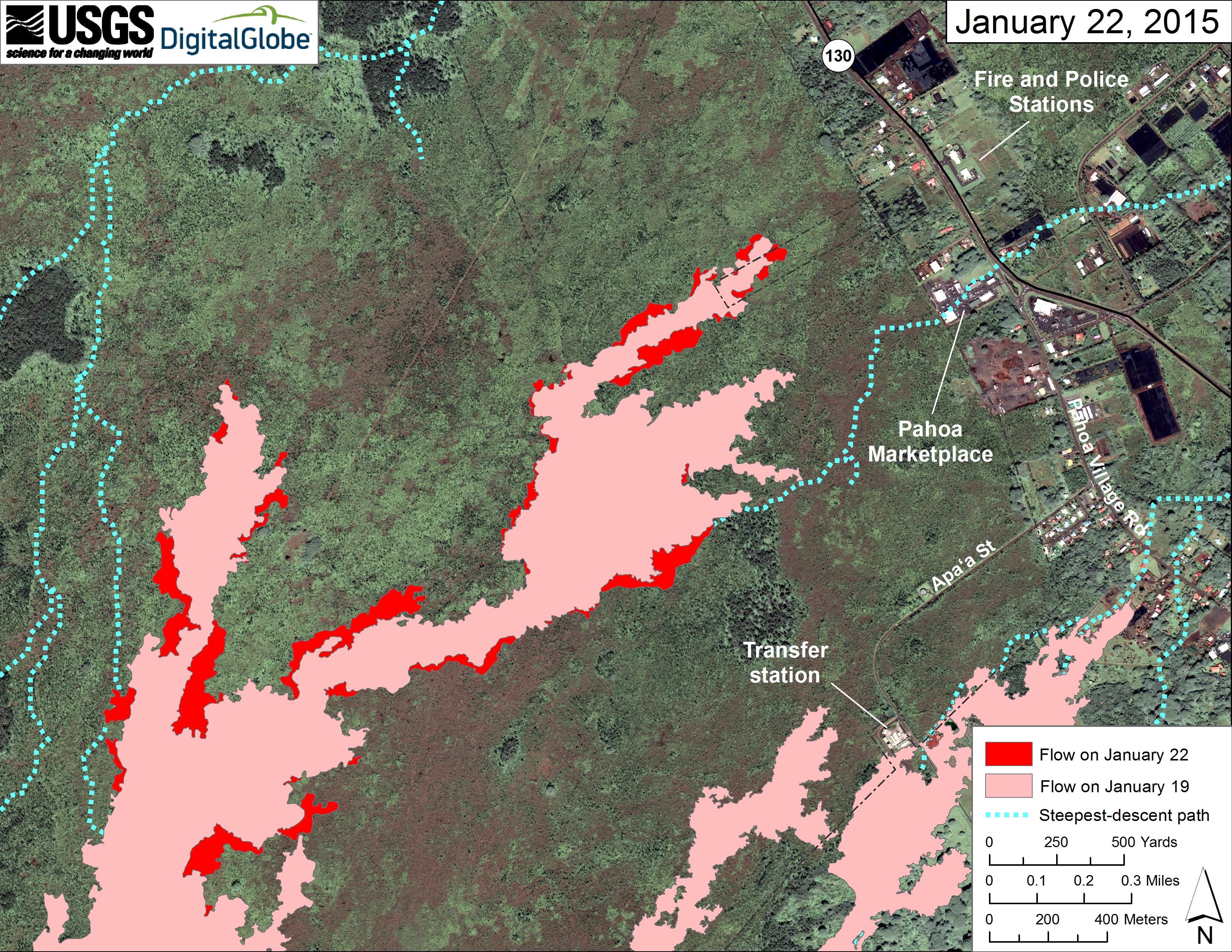 This large-scale map uses a satellite image acquired in March 2014 (provided by Digital Globe) as a base to show the area around the front of Kīlauea's active East Rift Zone lava flow. The area of the flow on January 19 is shown in pink, while widening and advancement of the flow as of January 22 is shown in red.