Island of Hawai‘i from the Space Shuttle Atlantis in 2009 shows Kīl... 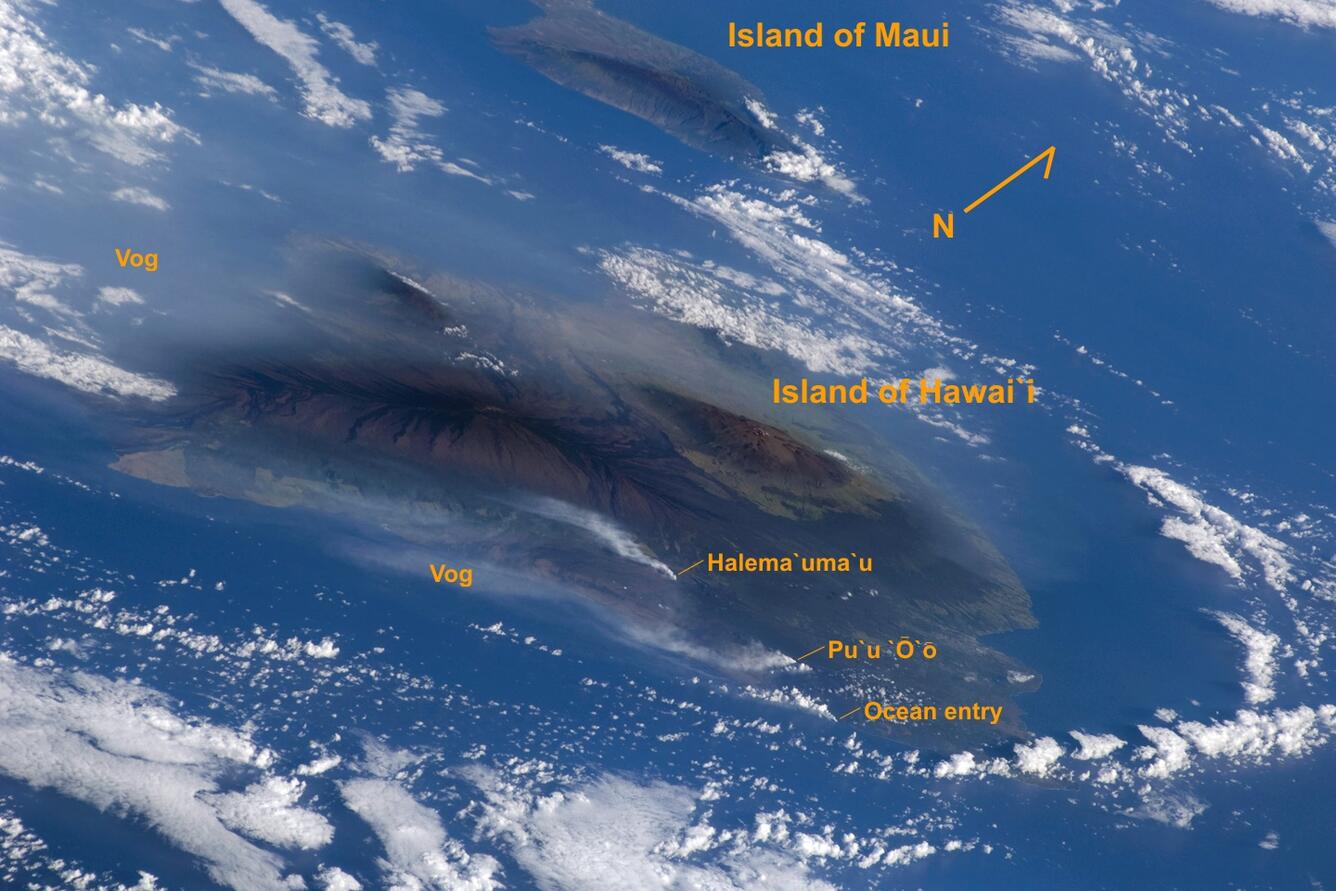 The summit plume from Halema‘uma‘u Crater (elevation 3,670 feet), hugs the southeast flank of Mauna Loa as it is blown by the northeasterly trade winds toward the southern point of the Island of Hawai‘i. The Pu‘u ‘Ō‘ō and ocean-entry plumes are emitted at lower elevations (2,290 feet and sea level respectively), and travel southwest, along the coast or out to sea for much of the journey. These plumes wrap around the south point of the island and collect on the leeward side of Hawai‘i. Kīlauea Volcano's summit vent has been the dominant source of outgassing since 2008. Communities on Hawai‘i have experienced chronically higher SO2 gas concentrations than before the summit vent became active in 2008. 5/13/2009. STS 125-E-6569. NASA.