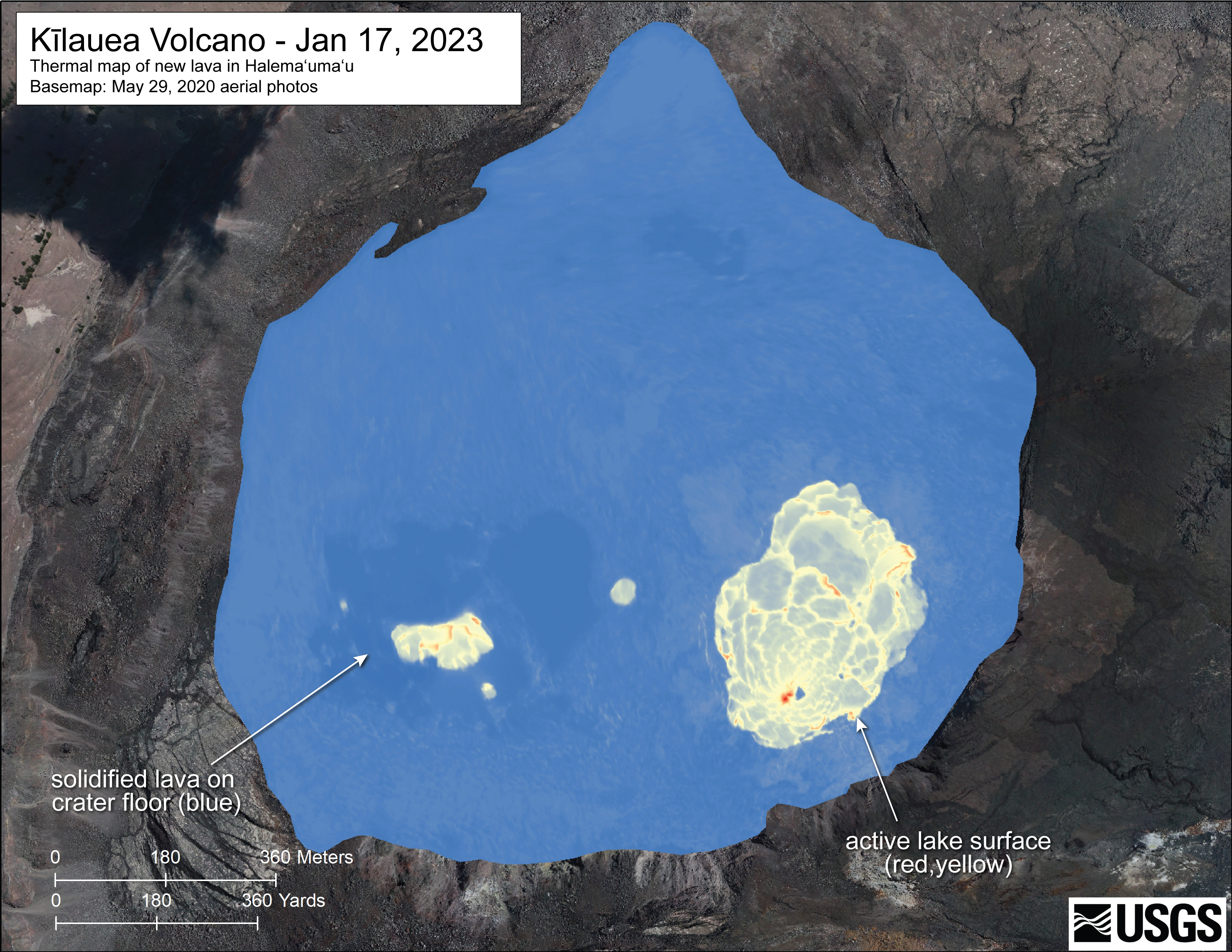 A helicopter overflight on January 17, 2023, allowed for aerial visual and thermal imagery to be collected of Halema‘uma‘u crater at the summit of Kīlauea. The largest lava lake is located in the eastern portion of the crater, though lava has also filled the areas previously active in the western portion of the crater. The scale of the thermal map ranges from blue to red, with blue colors indicative of cooler temperatures and red colors indicative of warmer temperatures.