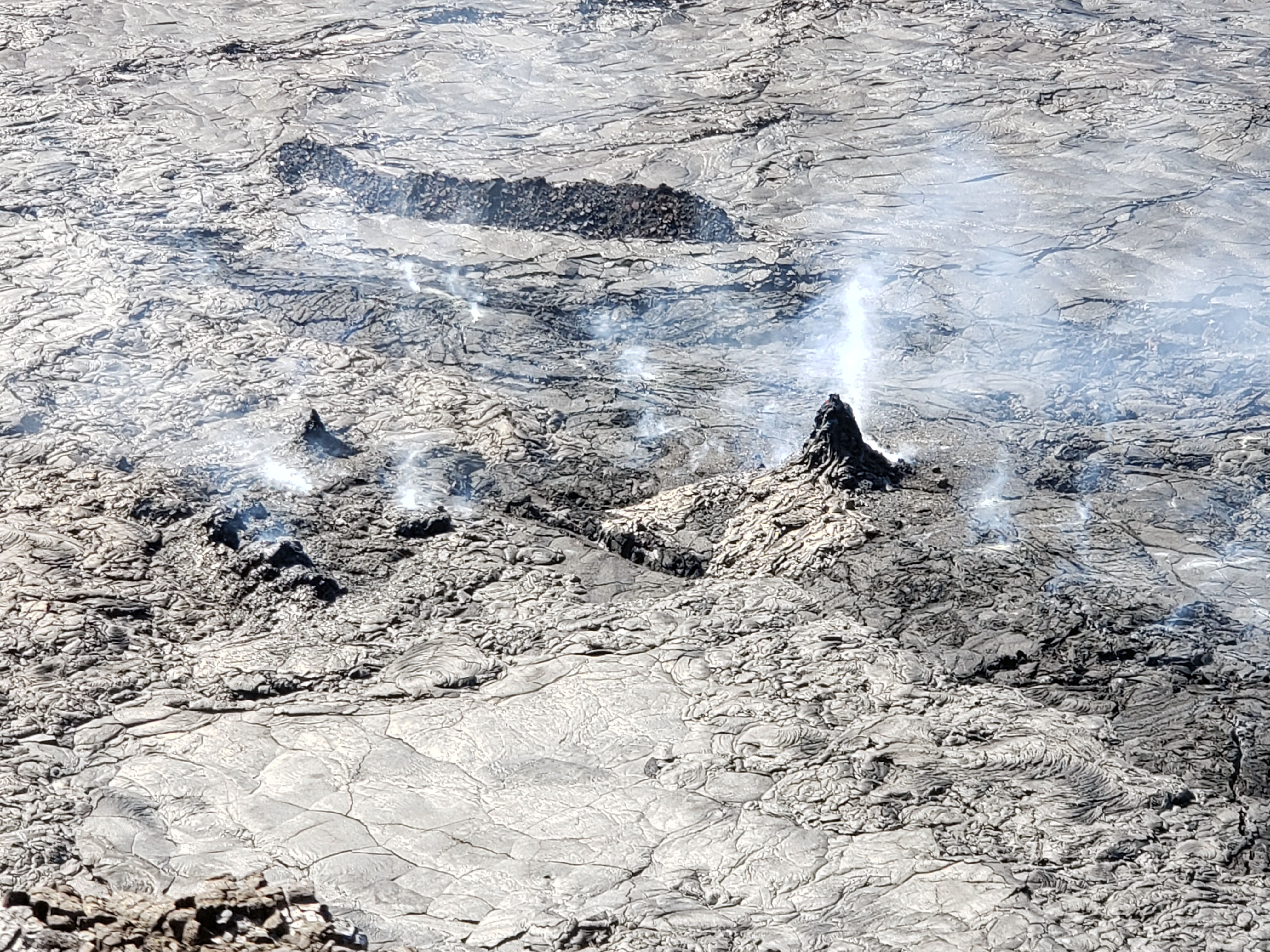 This telephoto view, taken from the northeast rim of Halema‘uma‘u crater and looking to the southwest, shows newly developed spatter cones on the surface of the inactive lava lake in the eastern portion of the crater. These features are similar in appearance to hornitos, which are steep and conical structures that form over lava tubes. Like hornitos, these features appear to have formed by accumulation of lava that is ejected from the crust. The presence of these features in the inactive eastern portion of the lava lake at the summit of Kīlauea demonstrates that molten material is present under the solidified surface. USGS photo by A. Flinders.