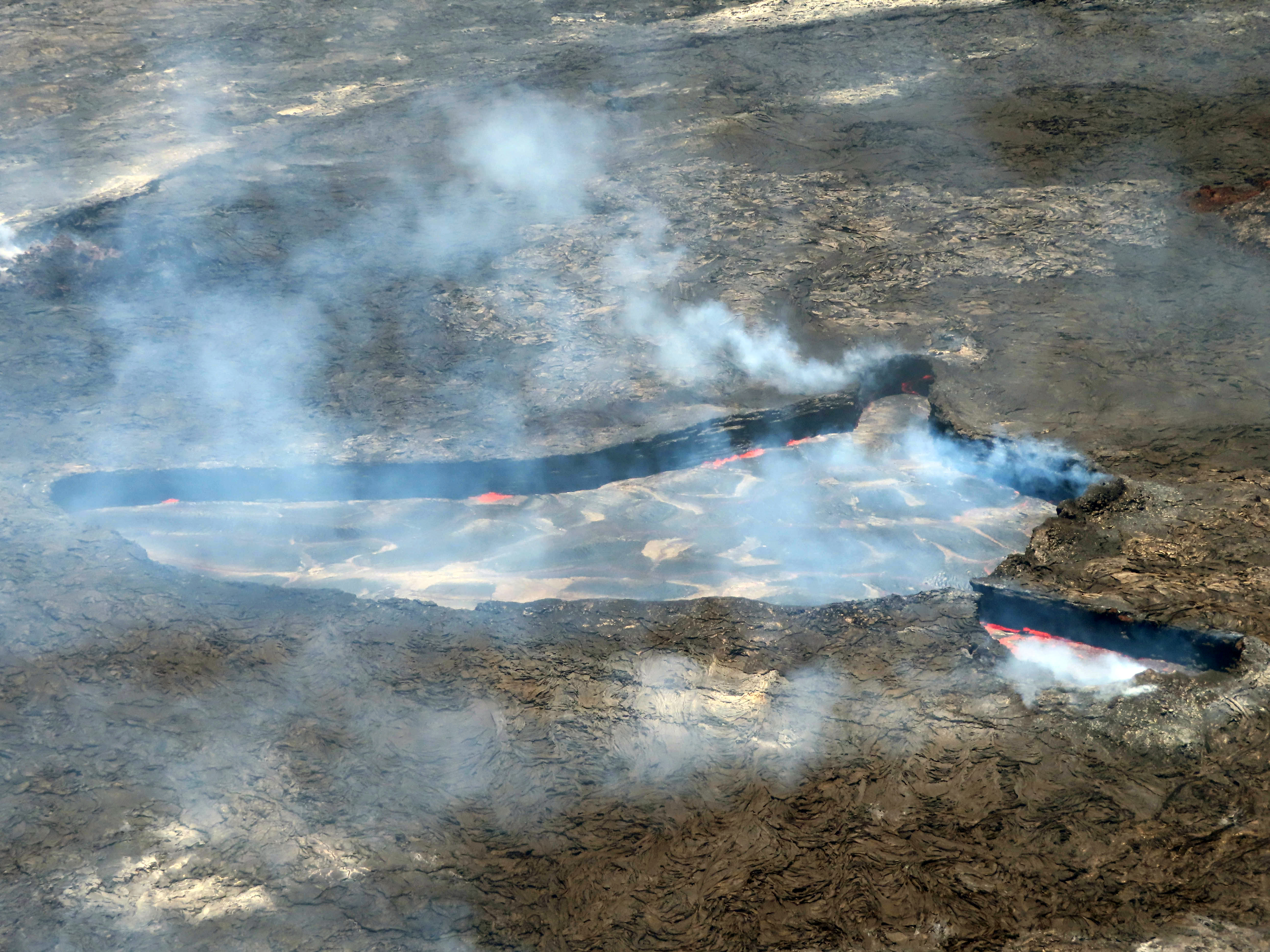 View looking north of the active lava lake within Halema‘uma‘u Crater, at the summit of Kīlauea, during a volcano monitoring field shift on June 2, 2022. Spattering of lava occurred intermittently along the edges of the active lava lake basin, as shown by the orange areas on the north side of the basin. In the southeast lobe (lower right of photo), lava moved rapidly southeastward from the pinched area, through the lobe, and under the hardened crust to the southeast. Occasionally, solidified pieces of crust got stuck in the pinched zone, causing lava to slow. Once the solidified crust dislodged, the speed of the lava increased again. USGS photo by J.M. Chang.