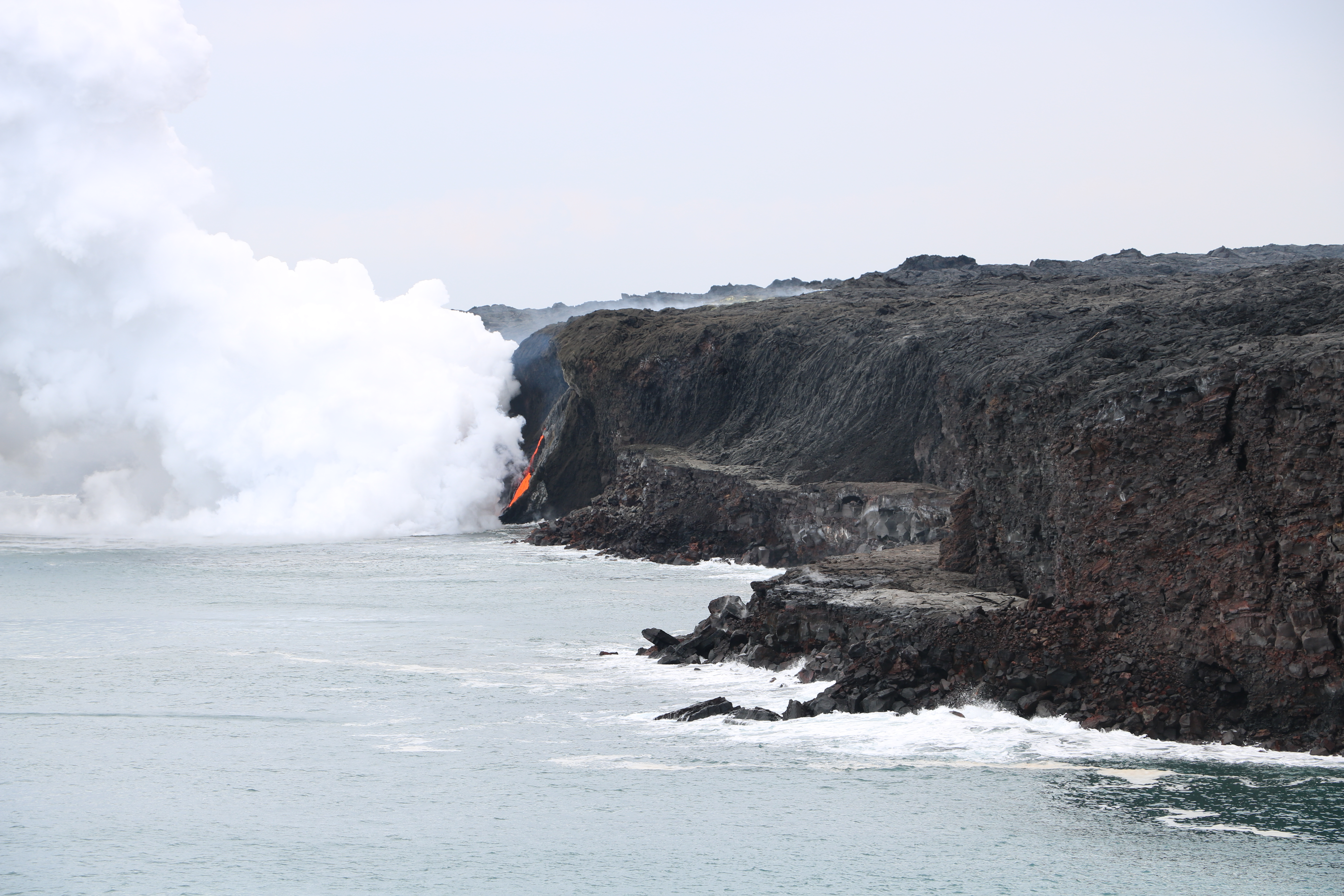 The rocky shelf at the base of the sea cliff is all that remains of the Kamokuna lava delta following the New Year's Eve collapse (Dec. 31, 2016), which sent acres of rock plunging into the sea. The exposed lava tube continued to feed a cascade of molten rock down the steep sea cliff, beginning the process of building another lava delta at the ocean entry, as this photo was taken on Jan. 1, 2017. When the lava delta collapsed, solid and molten fragments of lava and superheated steam exploded skyward, creating tremendous hazard for anyone who ignored the warning signs and entered the closed area on land or ventured too close to the lava delta by boat.