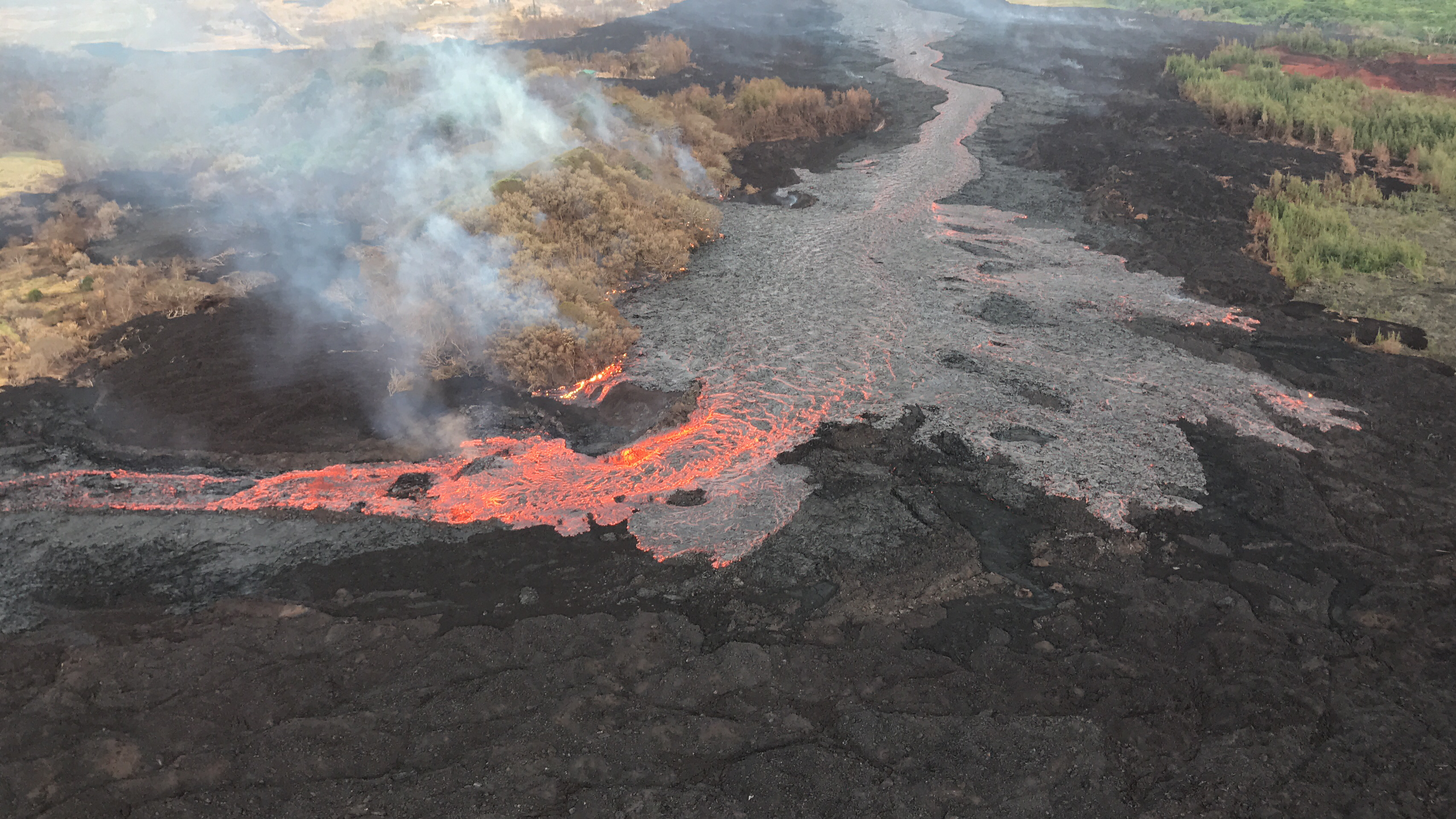 Evolution of a blocked channel, image 2: While observing this area of the fissure 8 lava channel near Kapoho cone during the morning overflight, geologists witnesed an "apartment-building-sized" blockage within the channel give way and be pushed down stream by the pressurized lava behind. The dark portion within the red channel is the freed blockage. Lavacontinues to overflow behind the bend and form a cooled black crust. The more quickly flowing lava at the bend has very little crust.