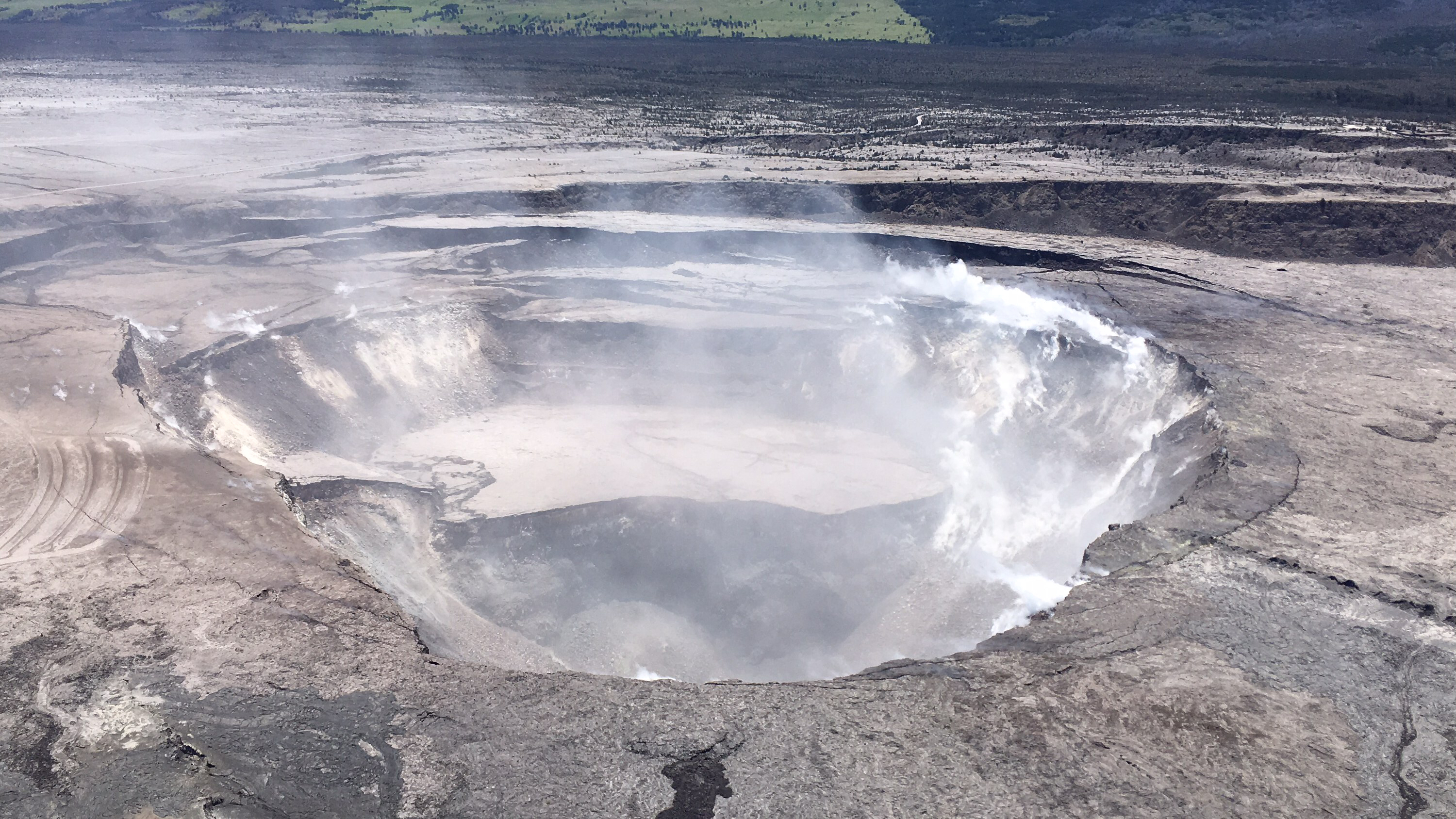 HVO scientists captured this aerial view of a much-changed Halema‘uma‘u during their overflight of the summit this afternoon. Explosions and collapse within Halema‘uma‘u have enlarged the crater (foreground) that previously hosted the summit lava lake, and the far rim of Halema‘uma‘u has dropped with continued summit deflation. The parking area for the former Halema‘uma‘u Overlook (closed since early 2008 due to volcanic hazards) can be seen to the left of the crater.