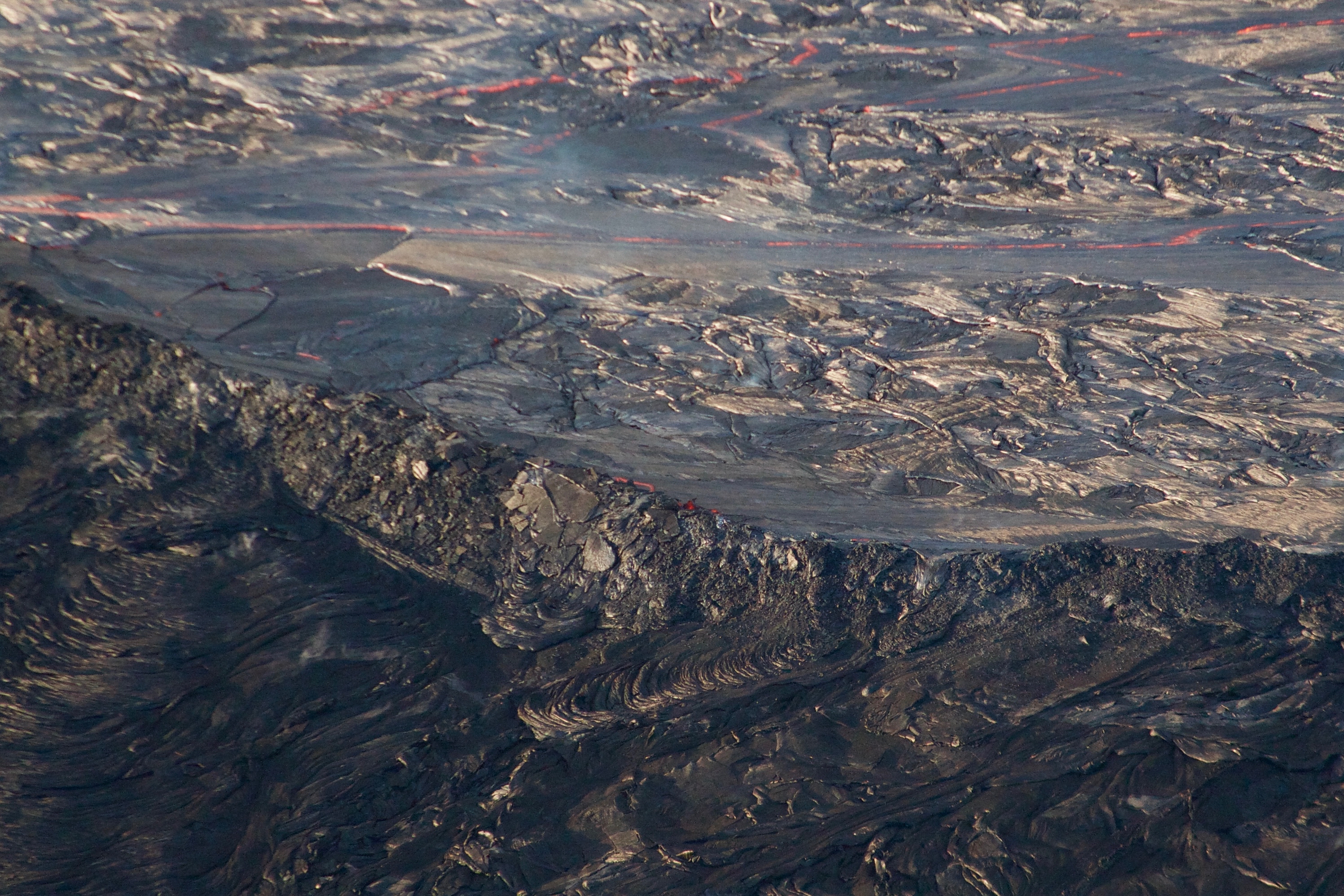 Lava, from small overflows, cools and congeals along the banks of the lava channel to build lava levees. The levees also build up as moving lava pushes cooled crust over the edge. This image of the lava levee and perched lava channel were taken during the morning helicopter overflight of the lower East Rift Zone, in the vicinity of Luana and Kahukai streets, in the Leilani Estates subdivision. The lava levee is the rampart in the middle of the image with small spillovers and lava crusts visible on the levee walls. The active lava channel is the silver-colored flow with lines of visible incandescence in the upper part of the image.