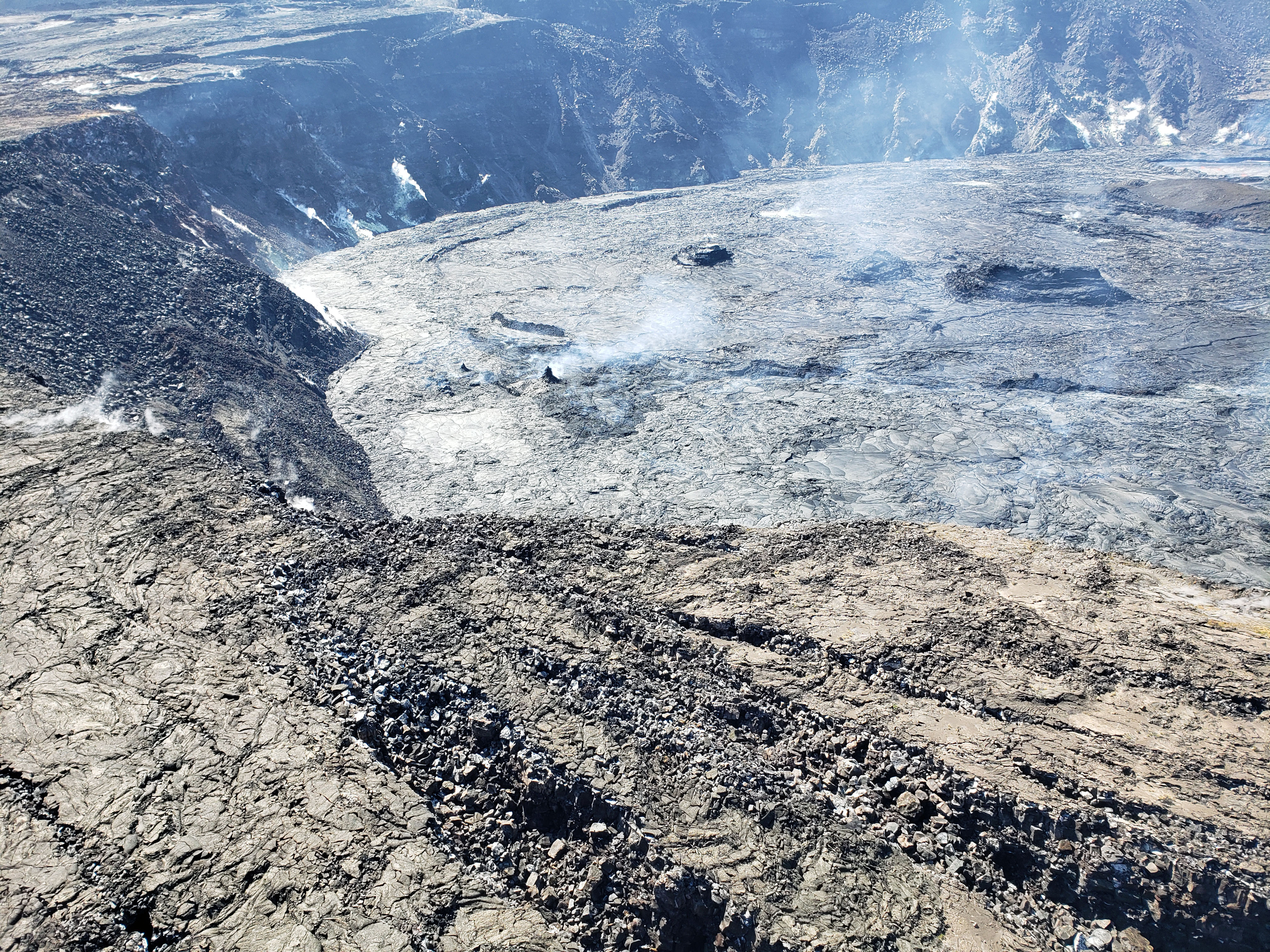 On January 27, HVO scientists surveyed parts of the downdropped block in Kīlauea’s summit caldera, north of Halema‘uma‘u crater, for an area to deploy a new continuous gravity instrument funded through the Additional Supplemental Appropriations for Disaster Relief Act of 2019 (H.R. 2157) to support recovery and rebuilding activities in the wake of Kīlauea’s 2018 events. As the scientists were on the ground, they noted gas-jetting sounds being emitted by a small and steep spatter cone that has developed on the inactive lava lake surface in the eastern portion of Halema‘uma‘u. The spatter cone is visible near the center of this photo, which was taken from the north rim of Halema‘uma‘u and looks to the southeast. USGS photo by I. Johanson.