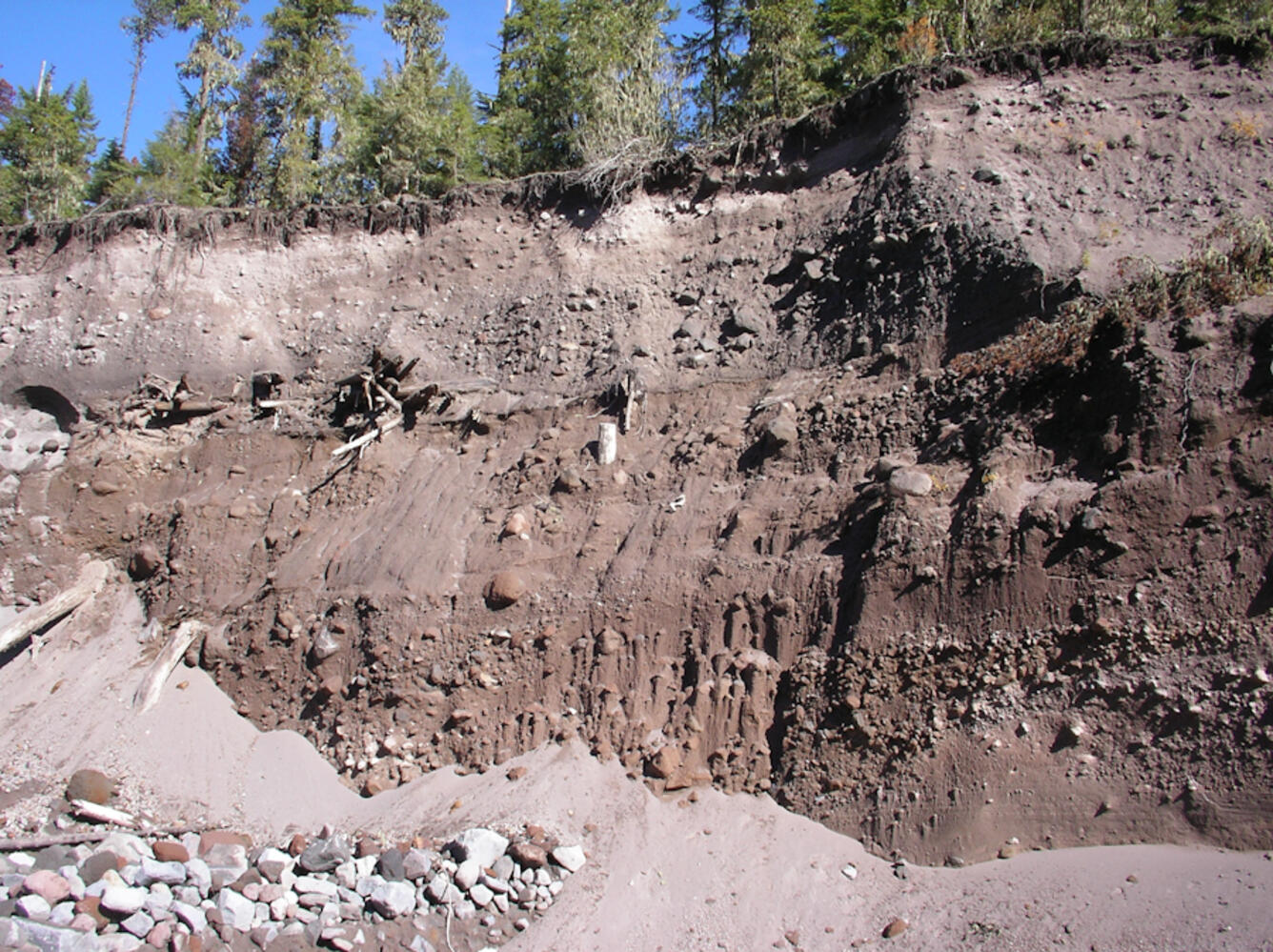 Sandy River is on Mount Hood's western flank. In addition to sawed-off tree in growth position, note the jam of logs and snags at the base of the layer above the tree. The gray lahar deposits above the log jam are from the Old Maid eruptive period of the late 1700s. The reddish-gray bouldery lahar deposits at the base of the exposure are from the 1,500 year old Timberline eruptive period. The reddish-gray deposits in the middle part of the exposure buried the sawn tree and killed it about 900 years ago. The middle deposits were probably not formed during an eruptive period but rather represent debris flows generated by major rainstorms, such as the one of November 2006 that caused widespread debris flows and flooding and created this exposure.