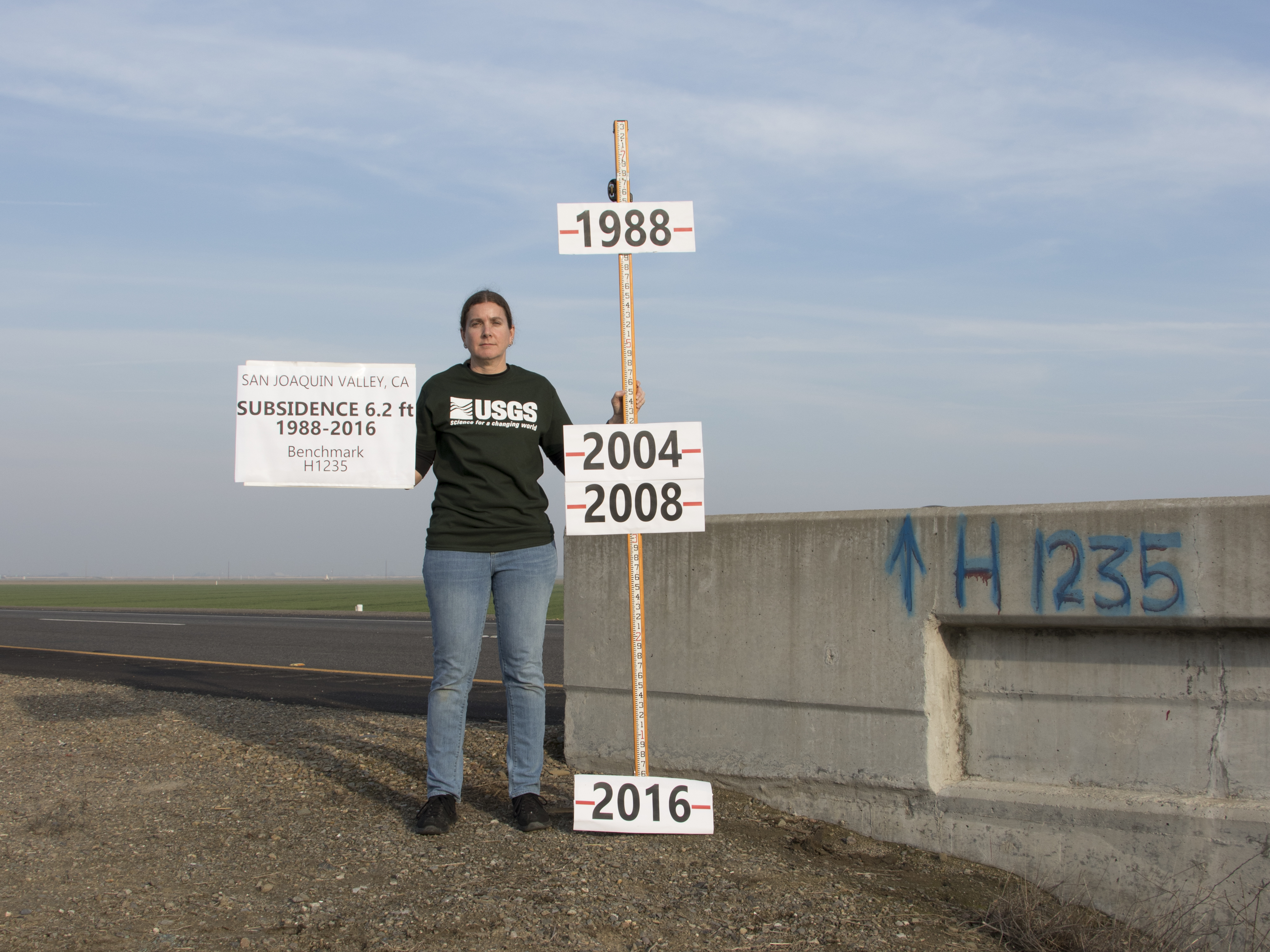 National Geodetic Survey vertical control bench mark H1235 RESET in Merced County, California. H 1235 RESET is in the median of State Highway 15. This is one of several bench mark locations used to help measure the largest recent subsidence in the area using repeat surveys. The exact maximum subsidence location is unknown; however, this bench mark has some of the larger magnitudes measured during the last 5 years.

The USGS used satellite-based interferometric synthetic aperture radar (InSAR) images to further characterize this large subsidence bowl first seen by California Department of Water Resources surveys. The InSAR images processed by USGS indicate that this bowl is much larger than originally believed, encompassing roughly 1,200 square miles. Centered near the town of El Nido, it is bounded roughly by the towns of Merced on the north, Mendota on the south, Los Banos on the west and Madera on the east. It also includes part of the San Joaquin River, the Delta-Mendota Canal, most of the Eastside bypass—the primary flood control channel east of the river—and other water conveyance structures. At the center of the subsidence bowl near El Nido, the rate of subsidence in this area—nearly 1 foot a year—is among the highest ever measured in the San Joaquin Valley. Continued subsidence could cause infrastructure damage in local communities as well as adversely affect the already subsided canal area.