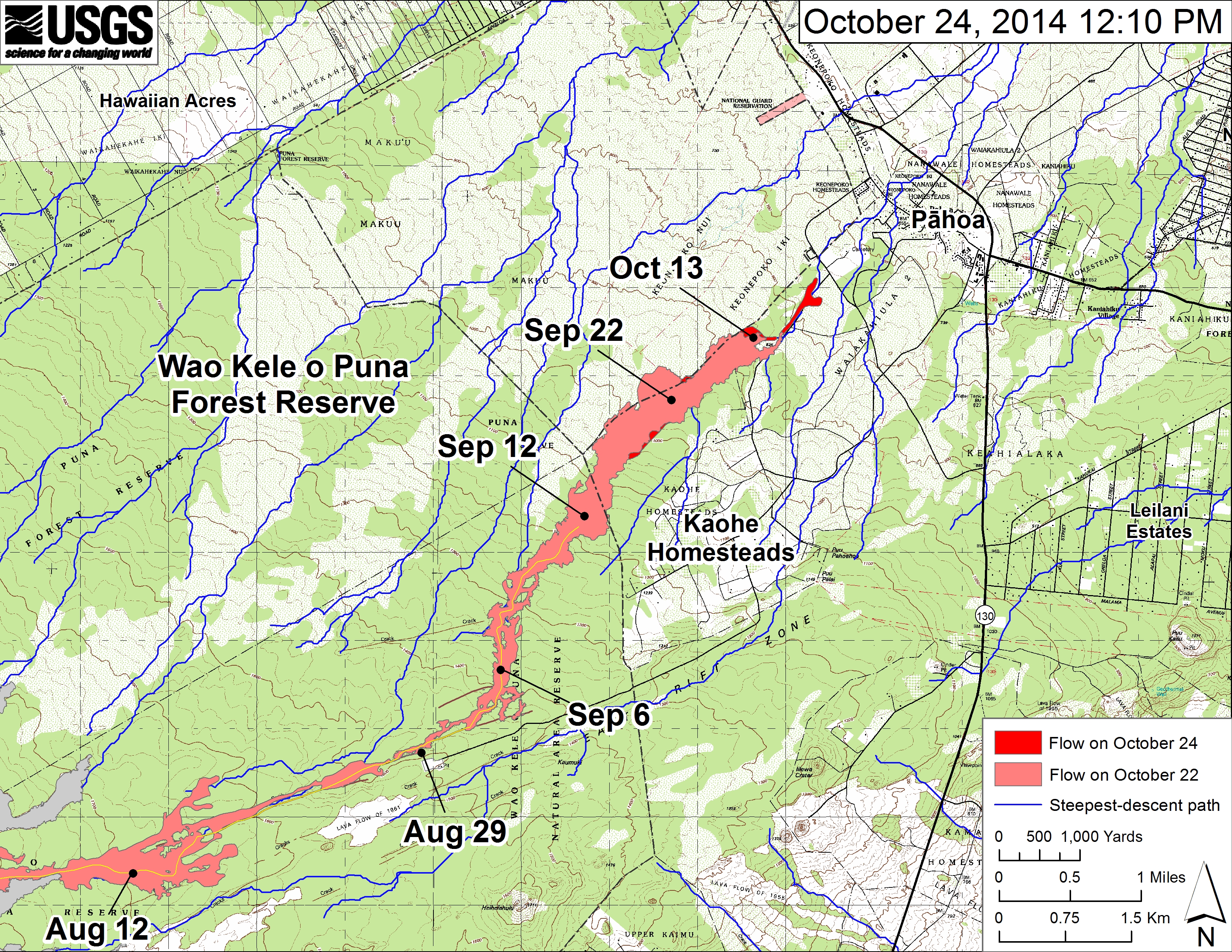 This large-scale map shows the distal part of the June 27th flow in relation to nearby Puna communities. The area of the flow on October 22, 2014, at 1:50 PM is shown in pink, while widening and advancement of the flow as mapped on October 24 at 12:10 PM is shown in red. Surface activity was mostly focused along the narrow finger of lava advancing toward Pāhoa, but other breakouts remain active up to about 3 km (2 miles) upslope from the tip of the flow. Persistent breakouts near where lava first enters ground cracks are no longer active.