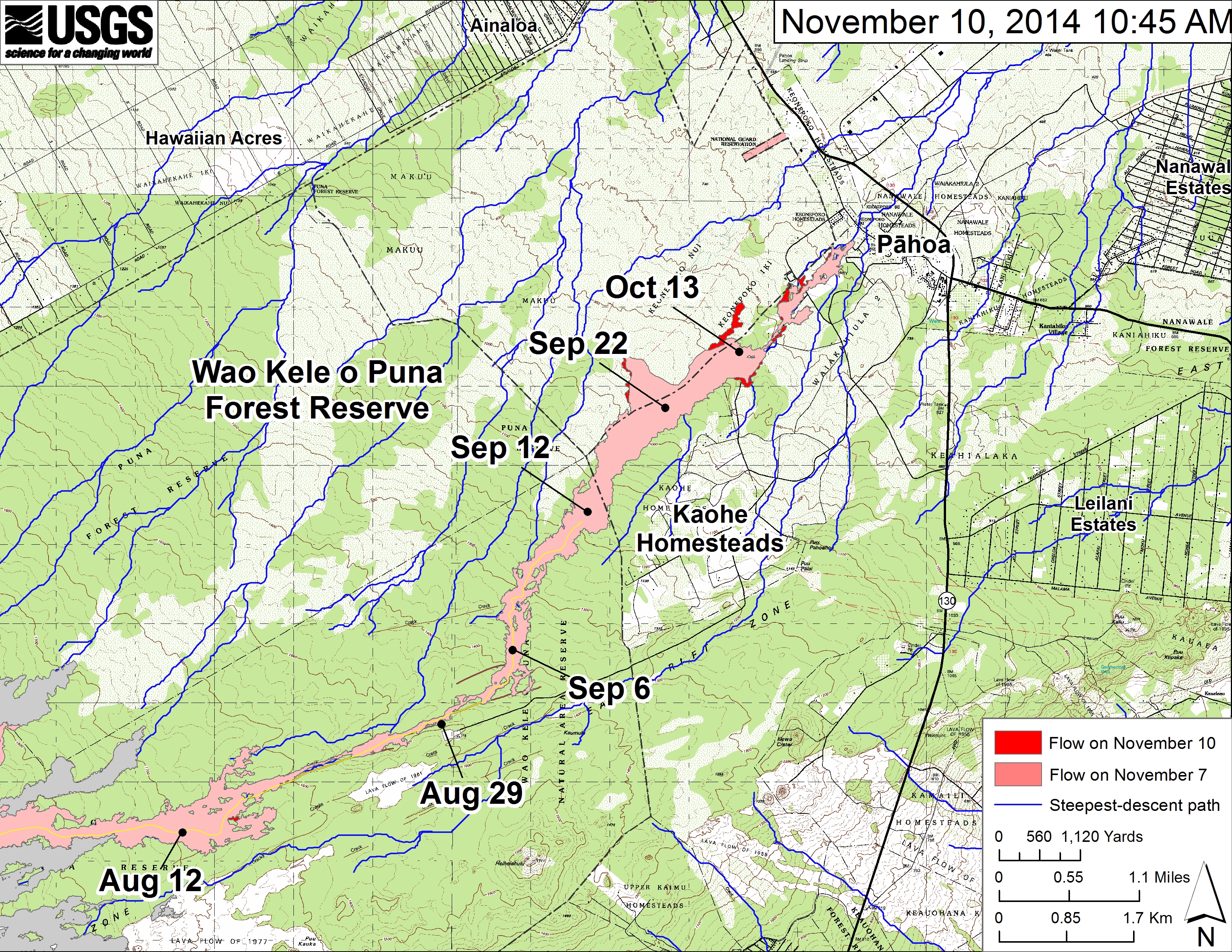 This large-scale map shows the distal part of the June 27th flow in relation to nearby Puna communities. The area of the flow on November 7, 2014, at 3:30 PM is shown in pink, while widening and advancement of the flow as mapped on November 10 at 10:45 AM is shown in red. Surface activity was present along the north margin of the flow between 300 meters (328 yards) upslope of the flow tip and 2.2 kilometers (1.4 miles) upslope of AP‘A‘ā Street / Cemetery Road. In the vicinity of the transfer station, a breakout has moved along AP‘A‘ā Street and onto private property across the street from the station, setting an unoccupied home there on fire at 11:55 AM, HST. Another breakout has moved to within about 20 meters (22 yards) of the transfer station fence.