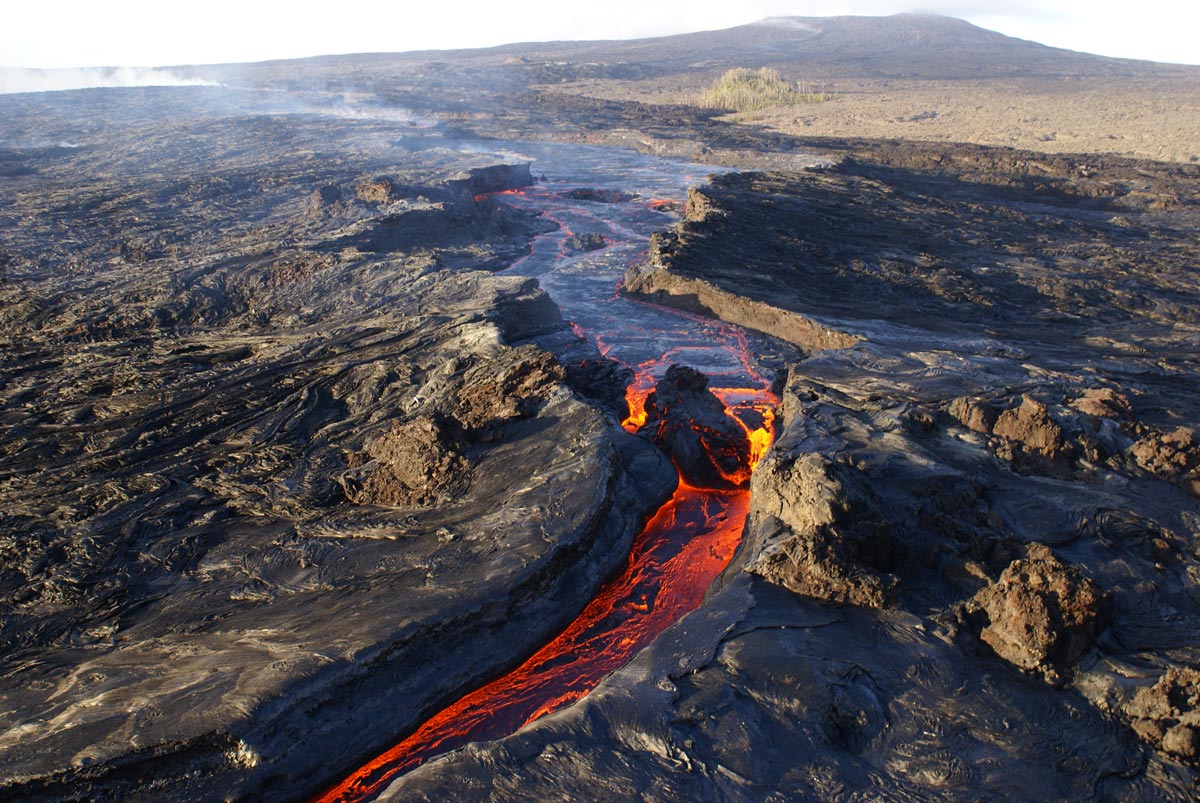 On July 21, 2007, an erupting fissure opened on the east flank of Pu‘u ‘Ō‘ō and propagated eastward toward Kupaianaha. This activity, which marked the onset of Episode 58 of K?lauea's ongoing East Rift Zone eruption, eventually focused over the eastern end of the fissure, producing a series of short-lived channelized ‘A‘ā flows that reached as far as 6 km (3.7 mi) to the northeast. In late August, the open lava channel feeding the ‘A‘ā flows began to overflow its banks, resulting in the progressive development of a "?perched"? lava channel, described as such because it became elevated above the surrounding terrain. It eventually stood 45 m (148 ft) above the older lava surface on which it was built. The fissure continued to erupt until March 7, 2011, but the lava channel was abandoned in November 2007 when a different segment of the fissure erupted lava that flowed south to the ocean.