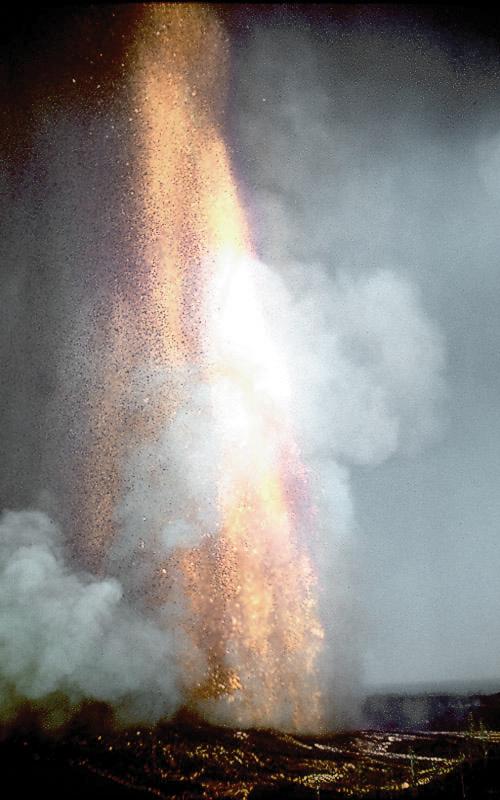 Earlier in the day, measured fountain temperatures had increased, and the olivine content of the lava, previously small or absent in the dominantly plagioclase-clinopyroxene phenocryst assemblage, jumped up. A few days later, olivine became the dominant phenocryst. This change in temperature and mineralogy led to interpretations of magma mixing, hot magma derived from the summit reservoir mixing in various proportions with magma left in the rift zone after an earlier, probably 1955, eruption.