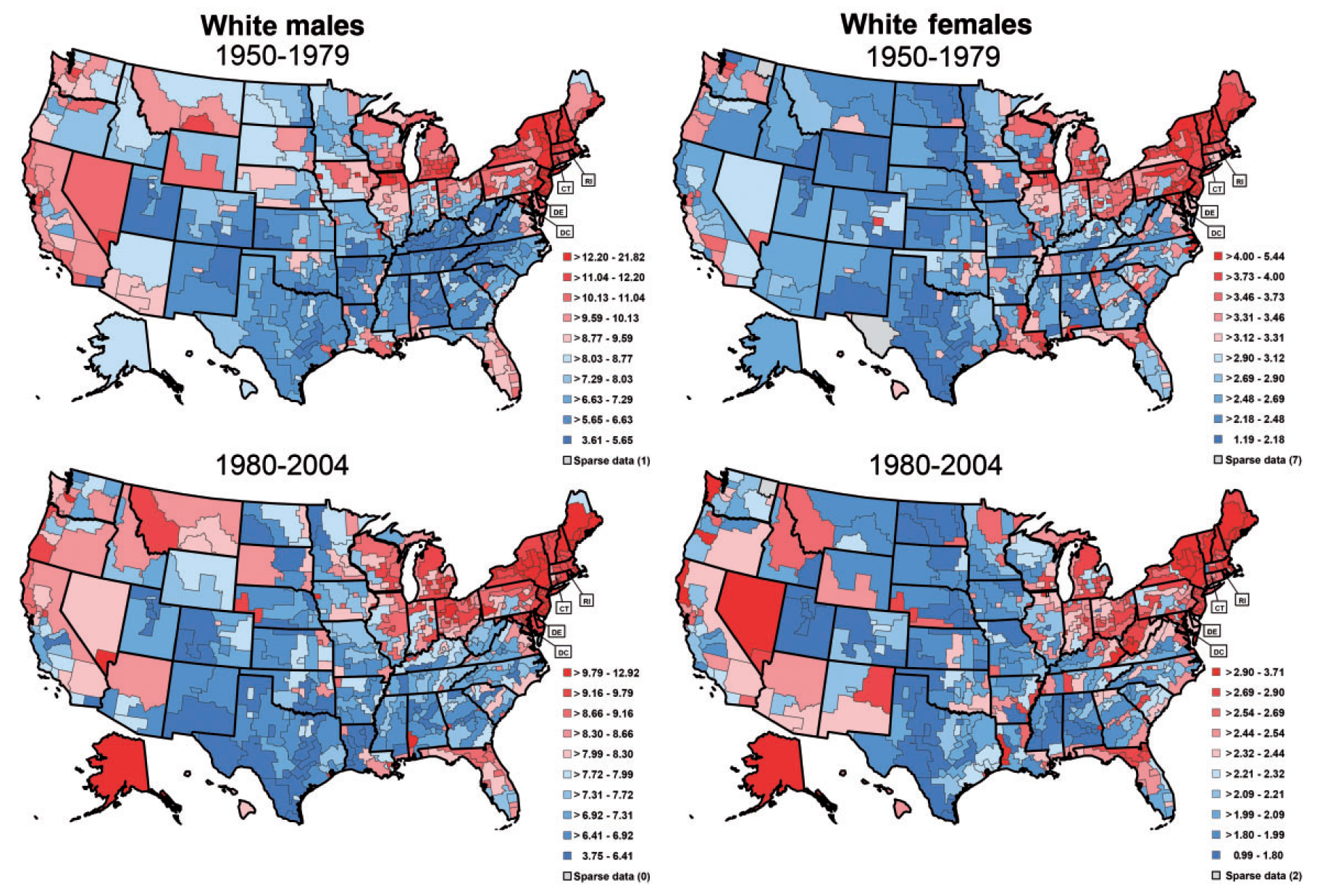 Bladder cancer rates have been elevated in northern New England for at least 5 decades in males and females, which suggests environmental causal factors. The high proportion of private domestic wells in this region and the prevalence of arsenic in such wells led to the hypothesis that arsenic in drinking water from private wells may play a role the elevated bladder cancer rates. A map of bladder cancer mortality rates (age-adjusted 2000 U.S. population per 100 000) among white men and women by state economic area and time period (1950-1979 and 1980-2004). Figure 1 from Baris and others, 2016.