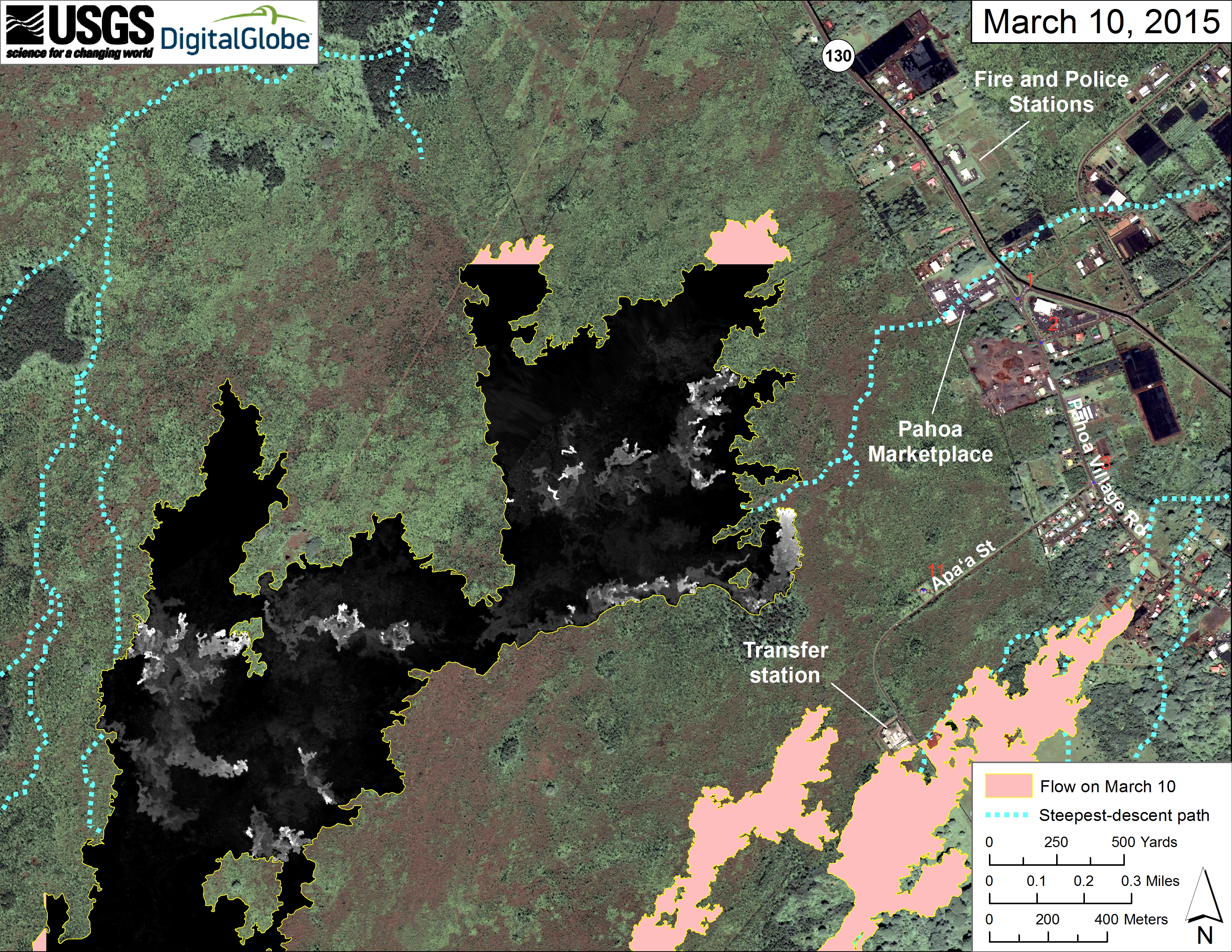 This map overlays a georegistered mosaic of thermal images collected during a helicopter overflight of the distal part of Kīlauea's active East Rift Zone lava flow on March 10 at about 10:35 AM. The base image is a satellite image acquired in March 2014 (provided by Digital Globe). The perimeter of the flow at the time the imagery was acquired is outlined in yellow. Temperature in the thermal image is displayed as gray-scale values, with the brightest pixels indicating the hottest areas (white areas are active breakouts).