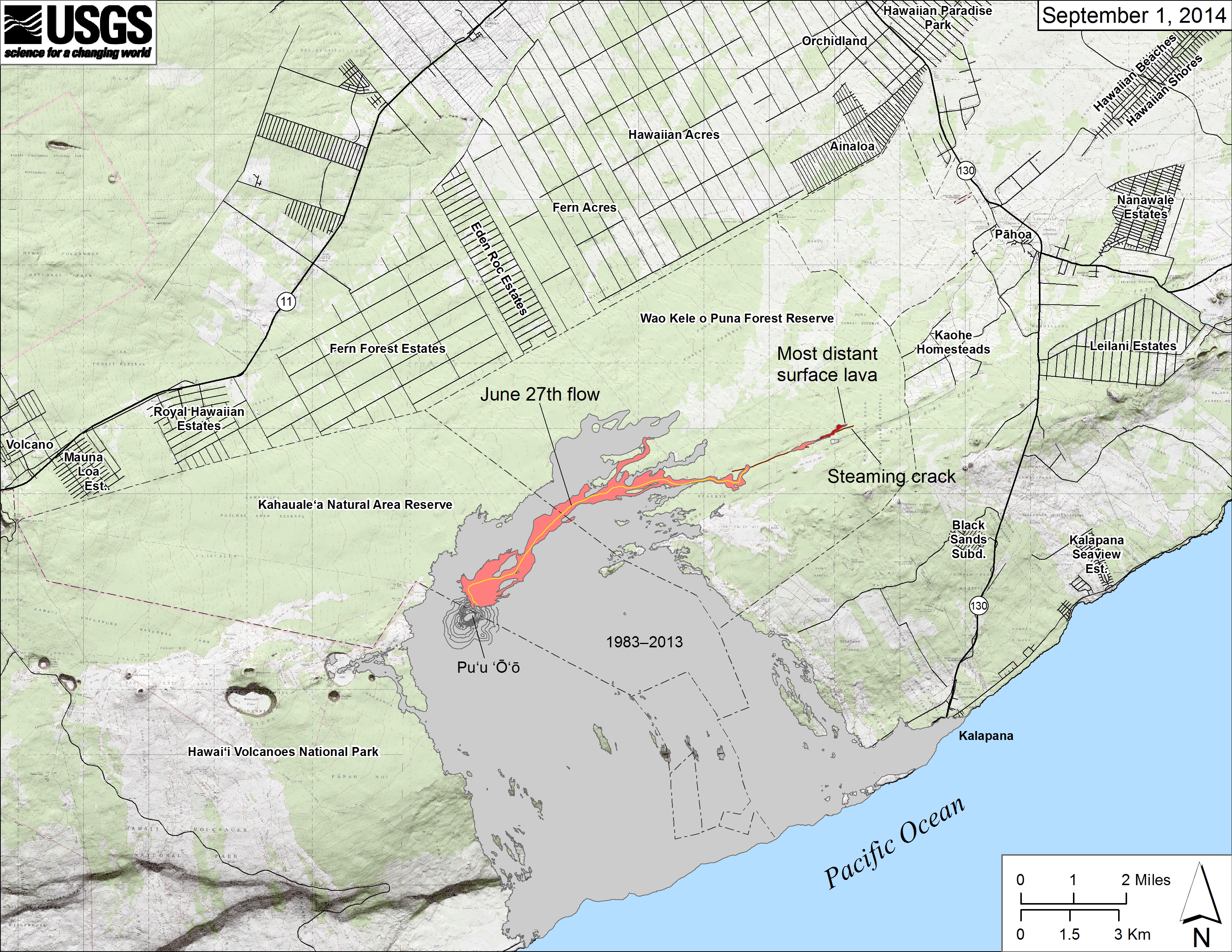 Map showing the June 27th flow in Kīlauea's East Rift Zone as of September 1, 2014. The area of the flow as mapped on August 29 is shown in pink, while widening and advancement of the flow as of September 1 is shown in red. The only place where lava significantly widened the margin was at the distal end of the flow, where lava in the forest had reached 12.6 km (7.8 miles) from the vent. Most lava at the far end of the flow, however, was cascading into a deep ground crack (brown line), which was steaming at the surface. The most distant steam, which may represent the leading end of the lava in the crack, was 12.9 km (7.9 miles) from the vent and 1.7 km (1.1 miles) from the east boundary of the Wao Kele o Puna Forest Reserve. All older lava flows (1983-2014) are shown in gray; the yellow line within the flow marks the lava tube.