Map of the known ash-fall boundaries for several U.S. eruptions 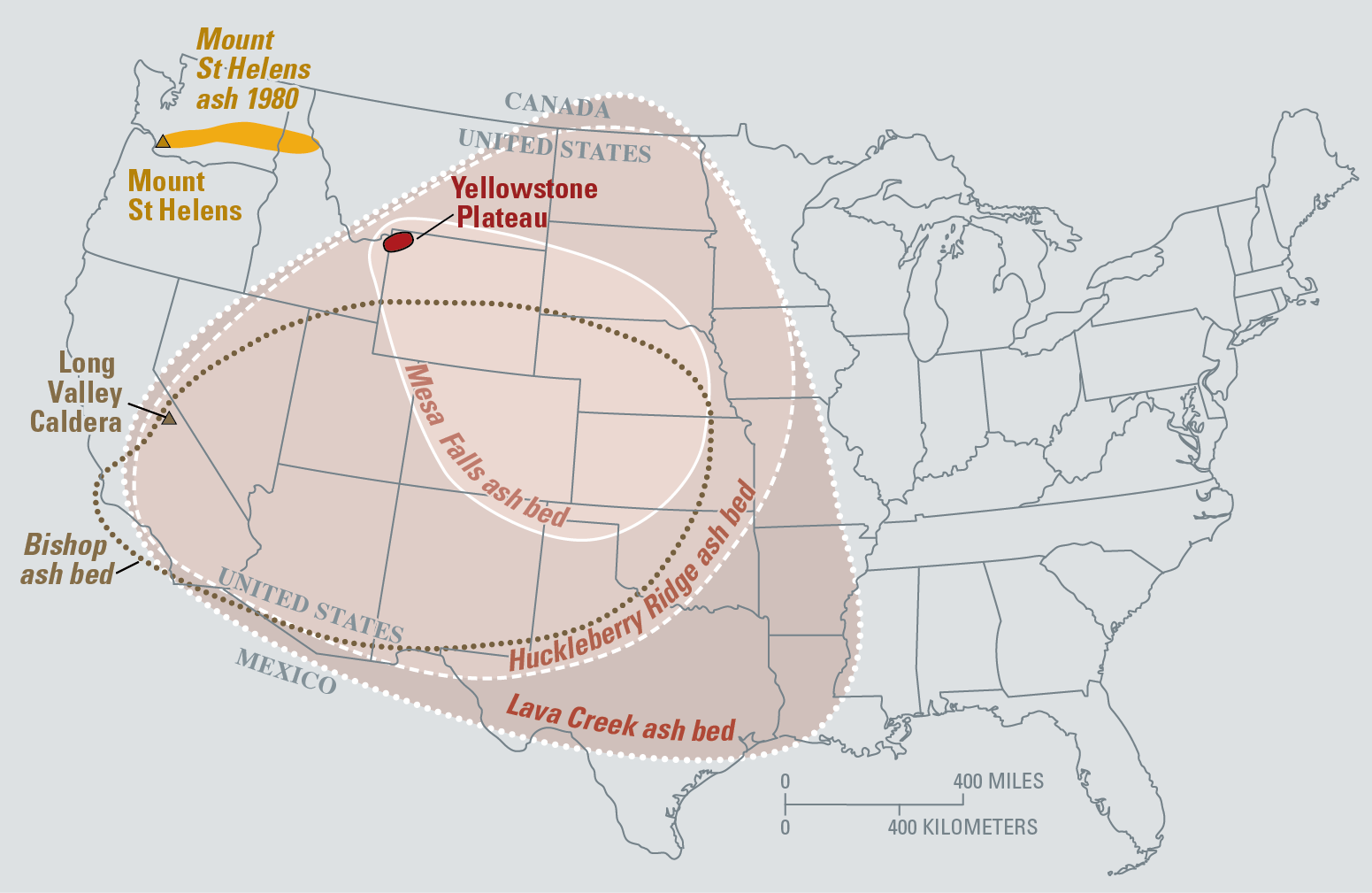 Eruptions of the Yellowstone volcanic system have included the two largest volcanic eruptions in North America in the past few million years; the third largest was at Long Valley in California and produced the Bishop ash bed. The biggest of the Yellowstone eruptions occurred 2.1 million years ago, depositing the Huckleberry Ridge ash bed. These eruptions left behind huge volcanic depressions called "calderas" and spread volcanic ash over large parts of North America (see map). If another large caldera-forming eruption were to occur at Yellowstone, its effects would be worldwide. Thick ash deposits would bury vast areas of the United States, and injection of huge volumes of volcanic gases into the atmosphere could drastically affect global climate. Fortunately, the Yellowstone volcanic system shows no signs that it is headed toward such an eruption in the near future. In fact, the probability of any such event occurring at Yellowstone within the next few thousand years is exceedingly low.