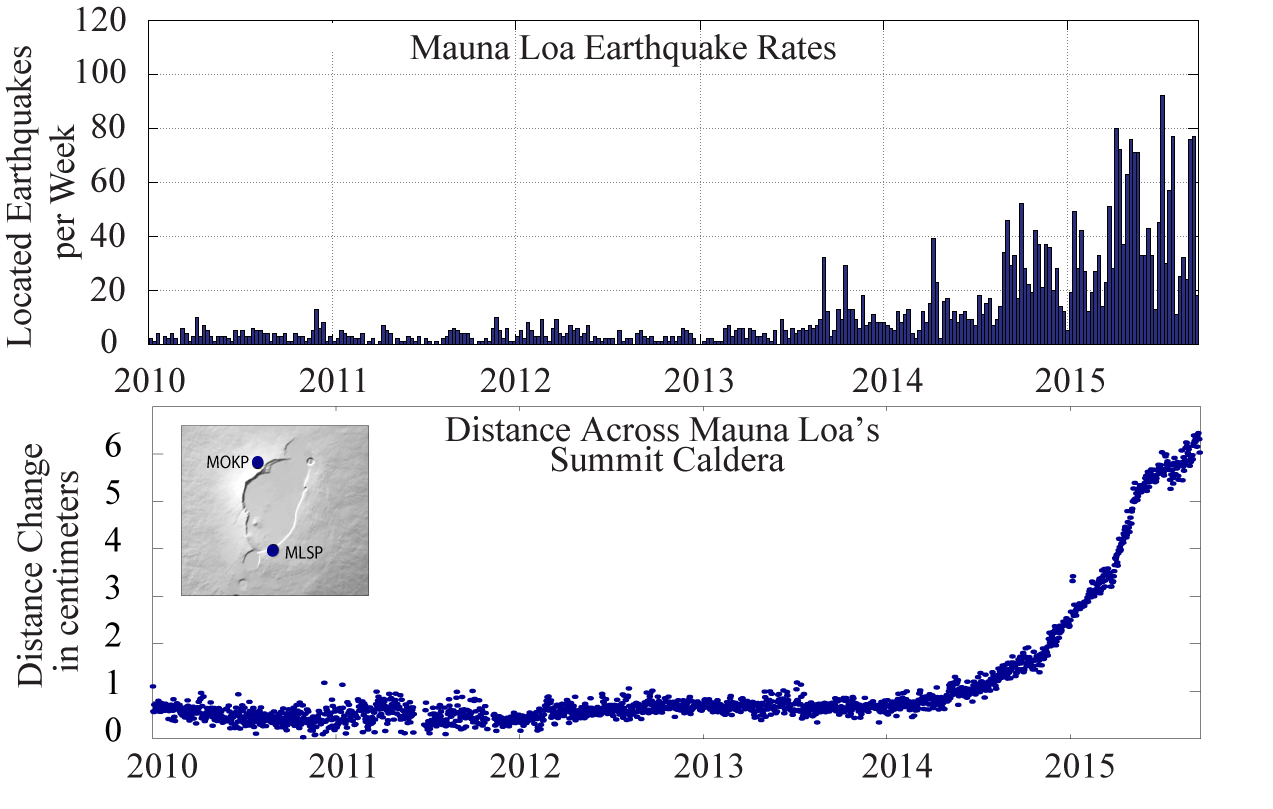 TOP: Mauna Loa weekly earthquake rates between 2010 and September 17, 2015. Blue bars indicate the number of earthquakes that were located by the USGS Hawaiian Volcano Observatory seismic network. Earthquakes of all magnitudes are plotted. Subtle increases in earthquake rates started in mid-2013, while more obvious changes in rates started in 2014.
BOTTOM: Change in distance across Mauna Loa's summit caldera between 2010 and September 17, 2015. Blue dots indicate the relative distance between two stations that span the summit caldera of Mauna Loa, shown in the map on the upper left. Sustained extension across the caldera started in mid-2014. This extension is one of the indicators of magma infilling a complex reservoir system beneath the summit and upper Southwest Rift Zone.