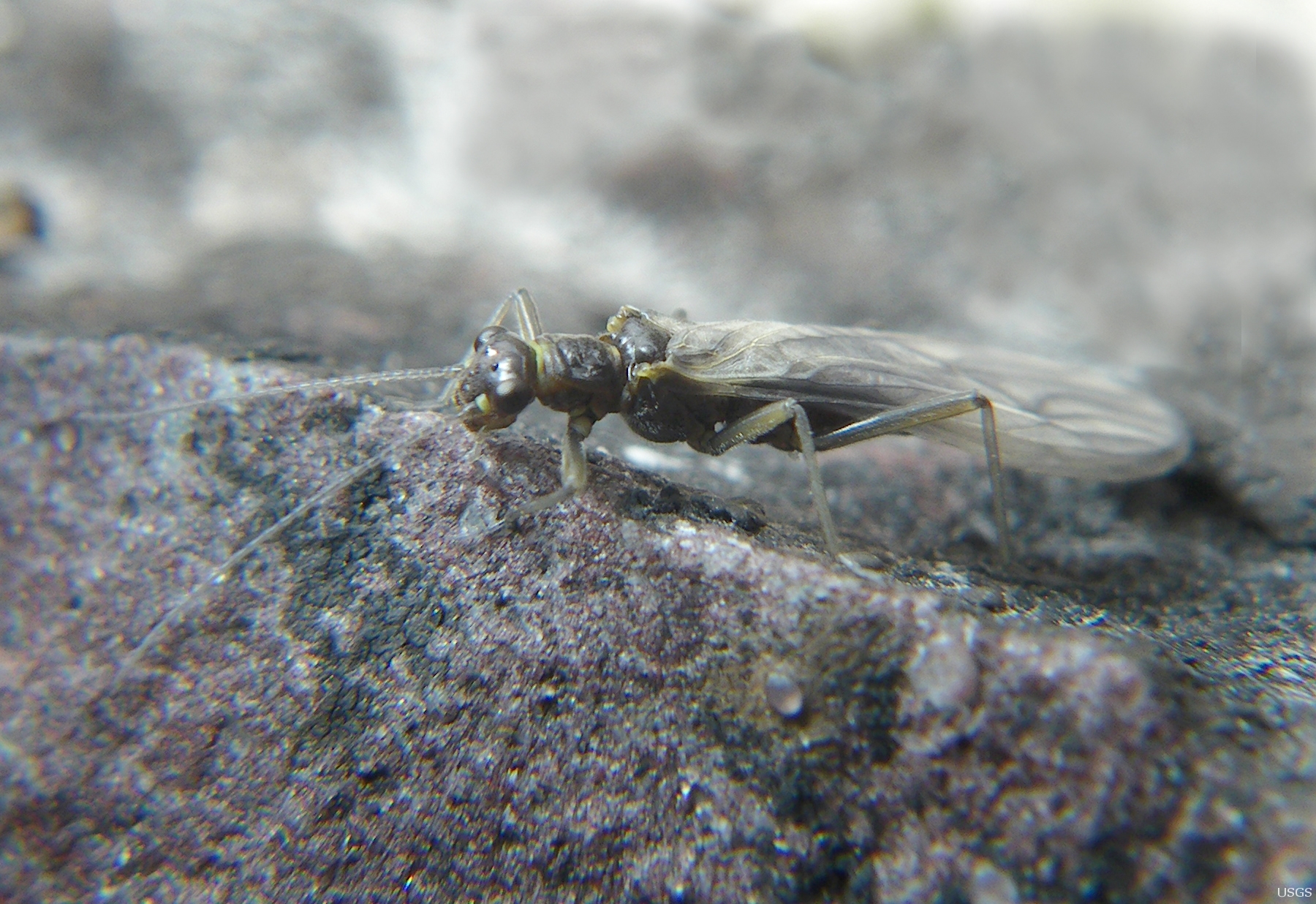 Loss of glaciers and snowpack due to climate warming in alpine regions is putting pressure on a rare aquatic insect, the meltwater stonefly, according to a U.S. Geological Survey study.

In the study, scientists with the USGS, the University of Montana, U.S. Fish and Wildlife Service and National Park Service illustrate that alpine aquatic insects can be ideal early warning indicators of climate warming in mountain ecosystems. The glaciers in Glacier National Park are predicted to disappear by 2030 and, as its name infers, the meltwater stonefly (Lednia tumana) prefers to live in the coldest, most sensitive alpine stream habitats directly downstream of disappearing glaciers, permanent snowfields and springs in the park.