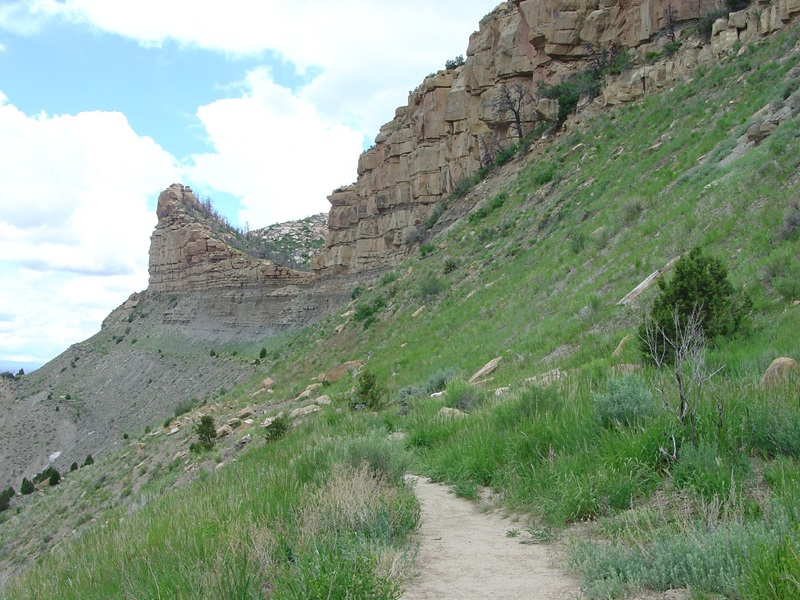 The Knife Edge Trail used to be the route of the Knife Edge Road--the first route used by automobile traffic to access the top of the mesa in the park. A park display at the trailhead states that a dirt road was completed in 1923. However, rock falls and landslides made the annual maintenance costs extremely high. This section of the road was abandoned in 1957 when the Morefield-Prater tunnel was constructed. Notice how erosion has heavily degraded the path of the old road since it was abandoned (Gomez, 2005). This view shows the top of the Mancos Shale (gray slope) and the base of the Lookout Point Sandstone. The transition from shale to sandstone of Lookout Point Sandstone reflects the sedimentological changes associated with possible sea level change and (or) the progressive buildup of nearshore and shoreline sediments as the western margin of the seaway prograded westward. The Point Lookout Sandstone is a basal sandstone of the Mesaverde Group which includes the overlying Menefee and Cliff House Sandstone Formations (not shown here) that cap the mesa.