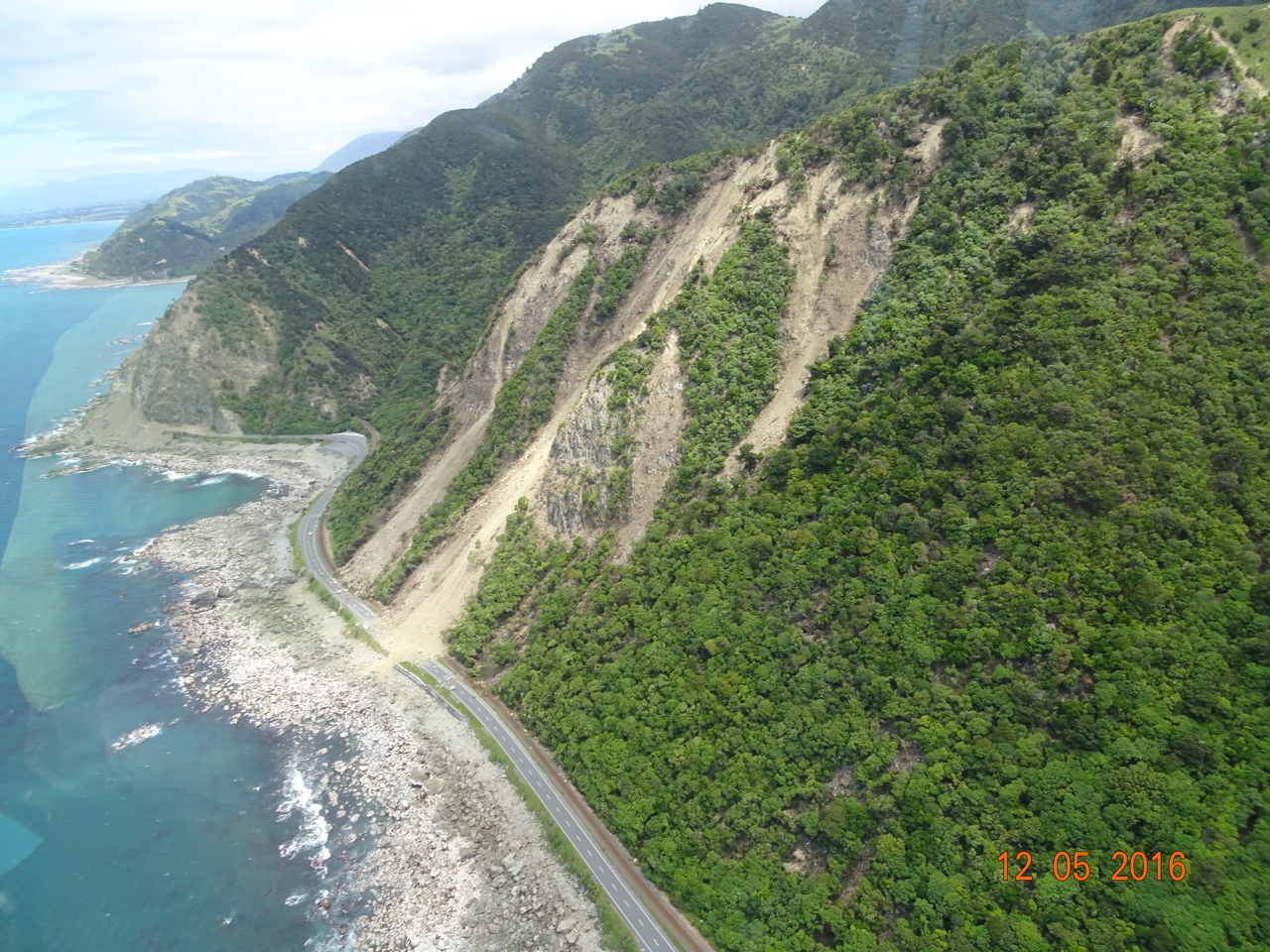 Photograph showing landslides covering State Route 1 near Ohau Point. The route was impacted my several landslides and is the main north-south highway on the eastern part of the South Island of New Zealand.

As many as 80,000 landslides occurred as the result of a magnitude 7.8 earthquake in New Zealand in November of 2016. The earthquake and landslides caused casualties and significant damage to communities, including homes and transportation infrastructure. The USGS is working with New Zealand’s GNS Science in assessing the area's stability and potential impacts of landslide dams blocking stream channels in this mountainous region. Understanding the factors that contributed to the severity and extent will improve and inform the development of models and near-real-time hazard assessments. An example is USGS PAGER, which provides fatality and economic loss impact estimates following significant earthquakes worldwide. These events provide a reference for domestic earthquakes in mountainous regions, such as southern California. Scientists will also use this as an opportunity to observe how landslide dams behave, ranging from impacts on downstream flooding to sediment accumulation over the next several years.