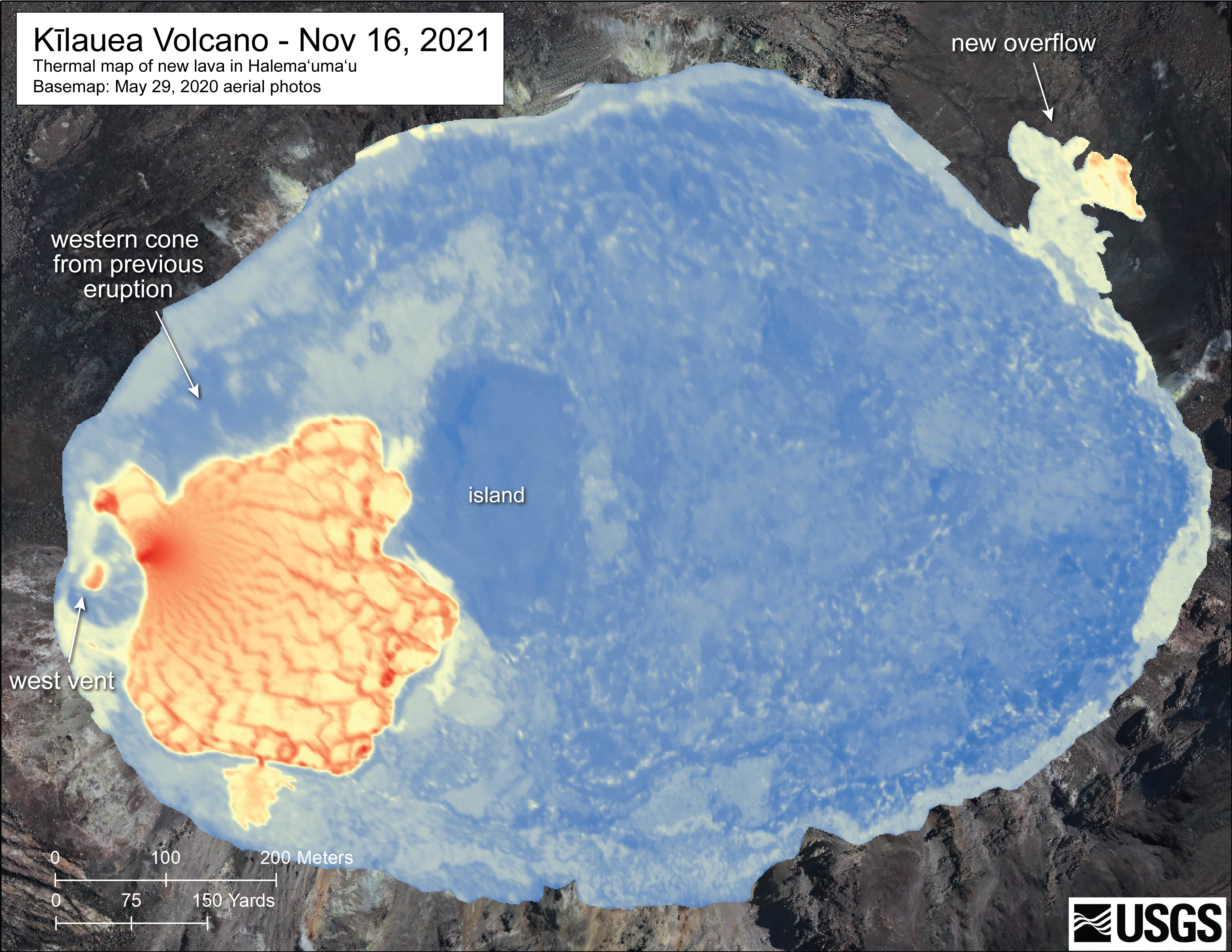 A helicopter overflight on November 16, 2021, at approximately 8:30 a.m. HST allowed for aerial visual and thermal imagery to be collected of Halema‘uma‘u crater at the summit of Kīlauea. The scale of the thermal map ranges from blue to red, with blue colors indicative of cooler temperatures and red colors indicative of warmer temperatures. Within the western vent cone, a small crater hosts a small sloshing/spattering lava pond that is visibly warmer in the map. The active lava lake area, in the west portion of Halema‘uma‘u, is about 300 m (almost one thousand ft) wide in the north-south and east-west directions. The eastern portion of the lava lake is solidified at the surface, though webcam imagery shows that this portion of the lake continues to rise in a piston-like manner, with occasional "ooze-outs" extruding along the perimeter of the lake as the cooled surface rises. The new lava flow on the down-dropped block north and east of Halema‘uma‘u, which is visibly warmer in the map, was sourced from these "ooze-outs."