Ocean vents on the sea floor contribute salt to the oceans. 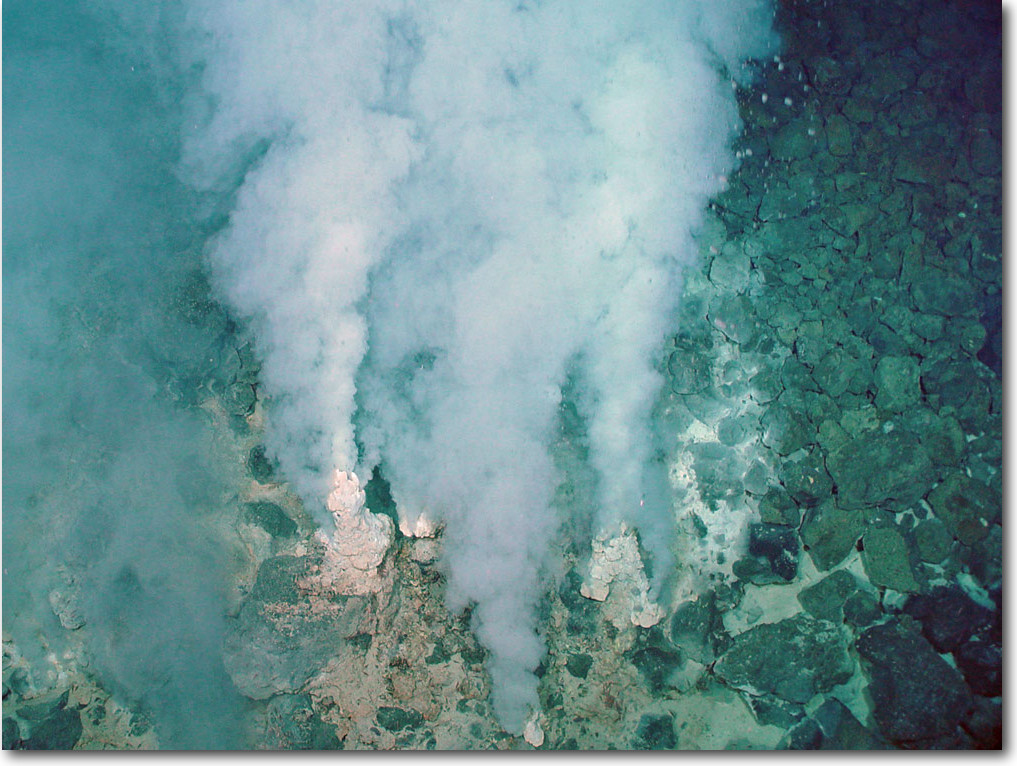 Why is the ocean salty? Hydrothermal vents at the sea floor

The Mariana Arc is part of the Ring of Fire that lies to the north of Guam in the western Pacific. In 2004, scientists exploring the NW Eifuku volcano near the Mariana Islands reported seeing small white chimneys emitting a cloudy white fluid near the volcano's summit, as well as masses of bubbles rising from the sediment around the chimneys. In this picture you can see masses of minerals and carbon dioxide escaping from the earth's crust into the ocean. These vents contribute dissolved minerals to the oceans, which is one reason the oceans are salty.