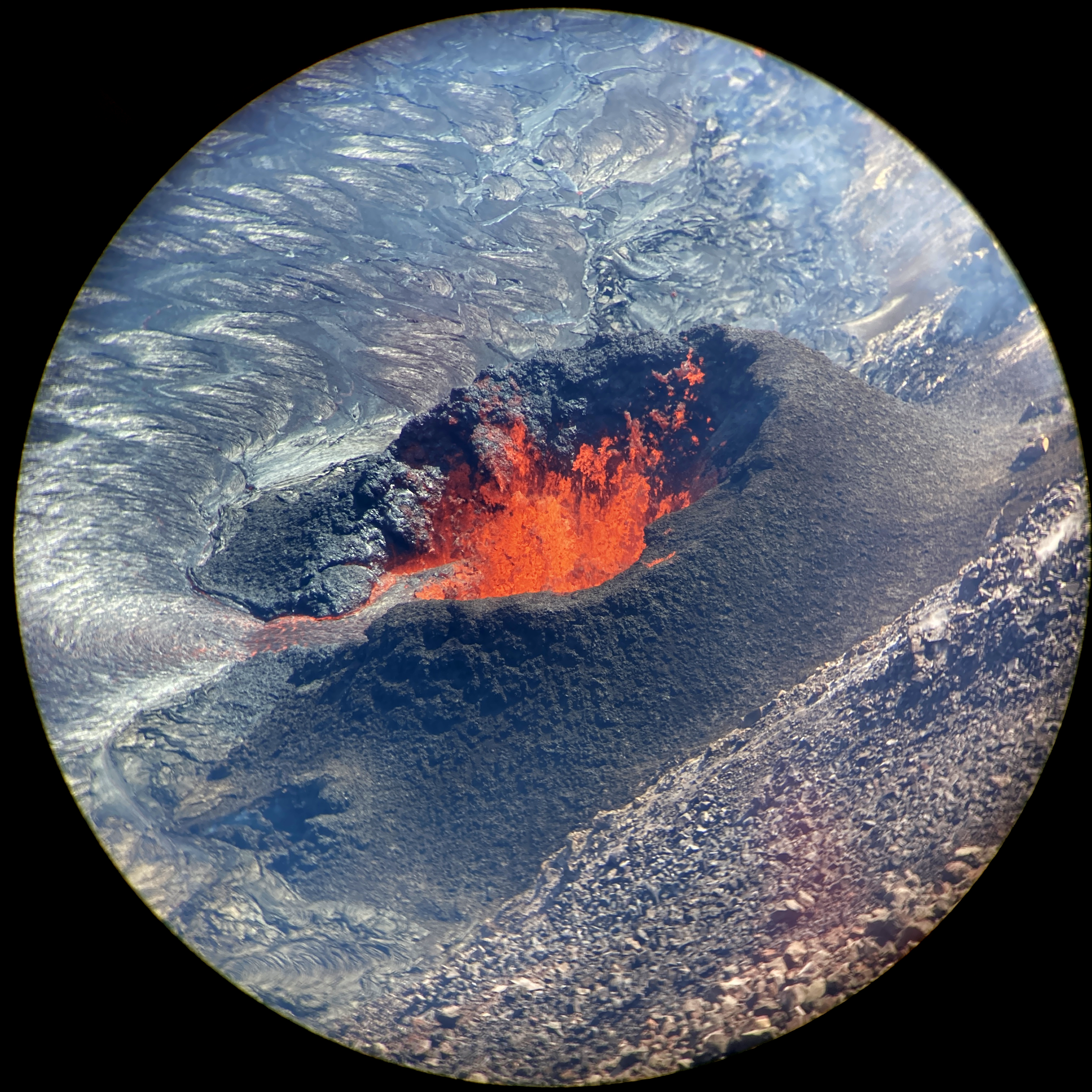 This zoomed-in view of the western fissure within Halema‘uma‘u, at the summit of Kīlauea, was captured on October 11, 2021, through the lens of a laser rangefinder. A prominent horseshoe-shaped spatter cone, measured to be standing 28 m (92 ft) above the adjacent lava lake, surrounds a roiling lava pond which also hosts taller fountains at times. HVO scientists observed multiple collapses of spatter veneer from the cone into the pond every few minutes; these collapses appeared to have no effect on the fissure's eruptive activity. USGS image by M. Zoeller.