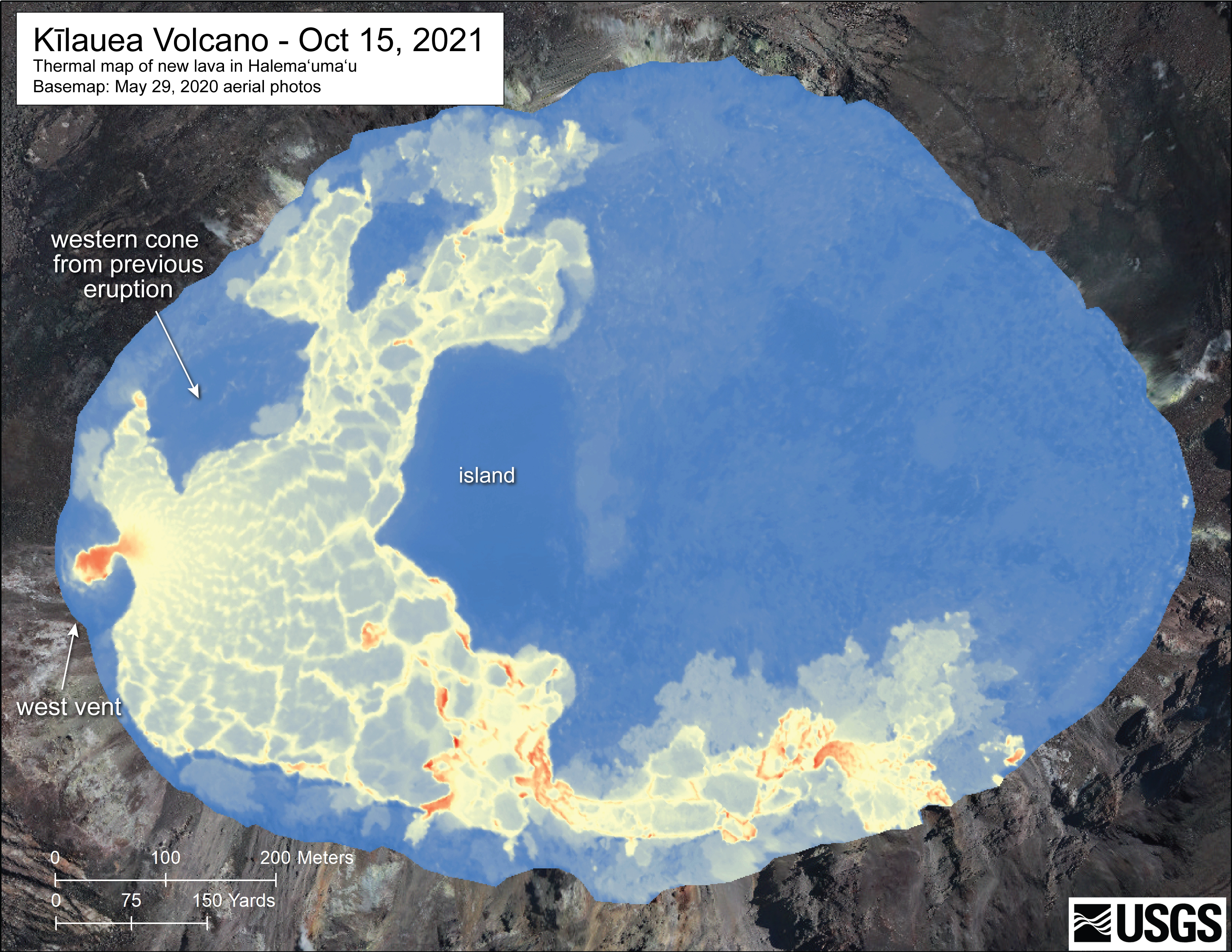 This detailed thermal map of the Halema‘uma‘u lava lake is a zoomed-in version of the broader map above, constructed from imagery collected during a helicopter overflight on October 15, 2021, at approximately 7:30 a.m. HST. The scale of the thermal map ranges from blue to red, with blue colors indicative of cooler temperatures and red colors indicative of warmer temperatures. The only remaining active eruptive vent at this time is the west vent; several hotspots in the southern part of the lava lake correspond with short lava cascades between the higher western half and lower eastern half of the lake. USGS map by M. Patrick.