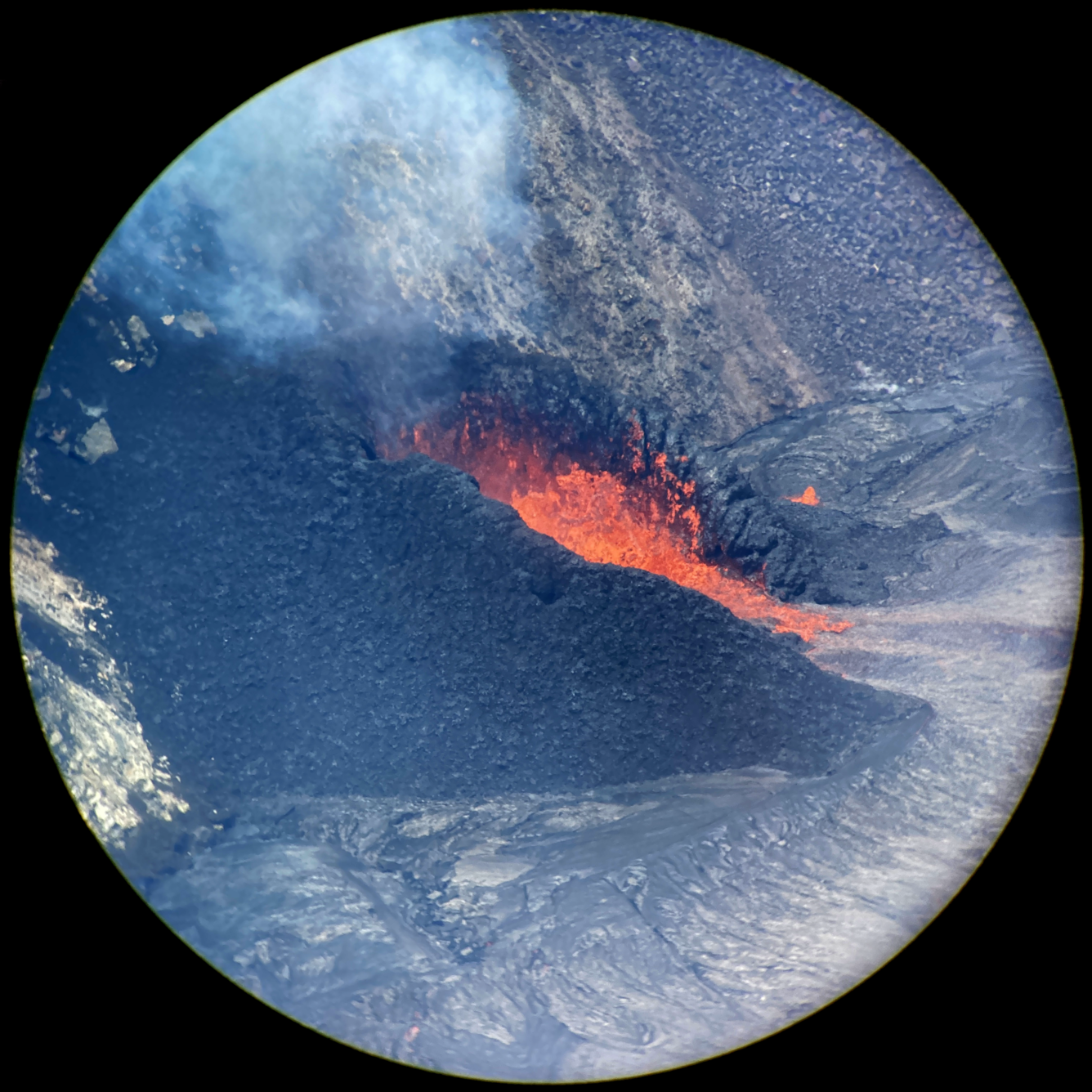 HVO scientists captured this zoomed-in photo of the western fissure within Halema‘uma‘u through the lens of a laser rangefinder on October 9, 2021. The fissure has formed a horseshoe-shaped spatter cone around its source, with an opening on the east (right) side allowing lava to flow into the active lava lake. The spatter cone was measured to be standing 30 m (98 ft) tall relative to the surrounding lava; this is 50% taller than the western fissure from the December 2020–May 2021 eruption, which stood approximately 20 m (66 ft) in height during the later stages of that eruption. USGS image by M. Zoeller.