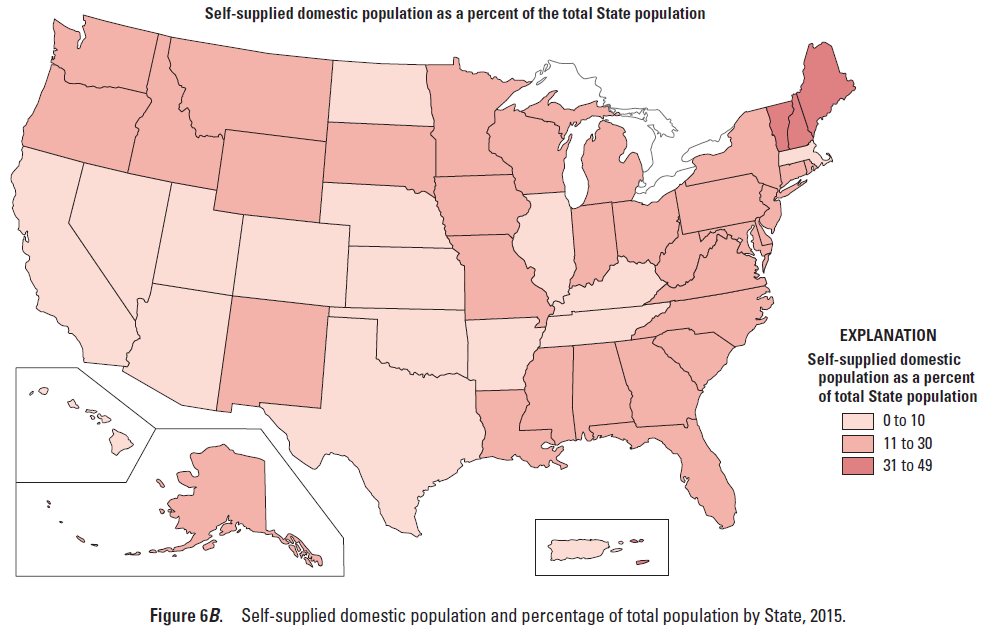 Significant percentages of each state's population supply their own home water via wells.

Domestic water is either self-supplied or provided by public suppliers. Water for self-supplied domestic use is typically withdrawn from a private source, such as a well, or captured as rainwater in a cistern. Most people in the United States used water provided by public suppliers, but an estimated 42.5 million people in the United States, or 13 percent of the population, provided their own water for domestic use in 2015.

This map shows the percentage of each state's population that relies on self-supplied water.