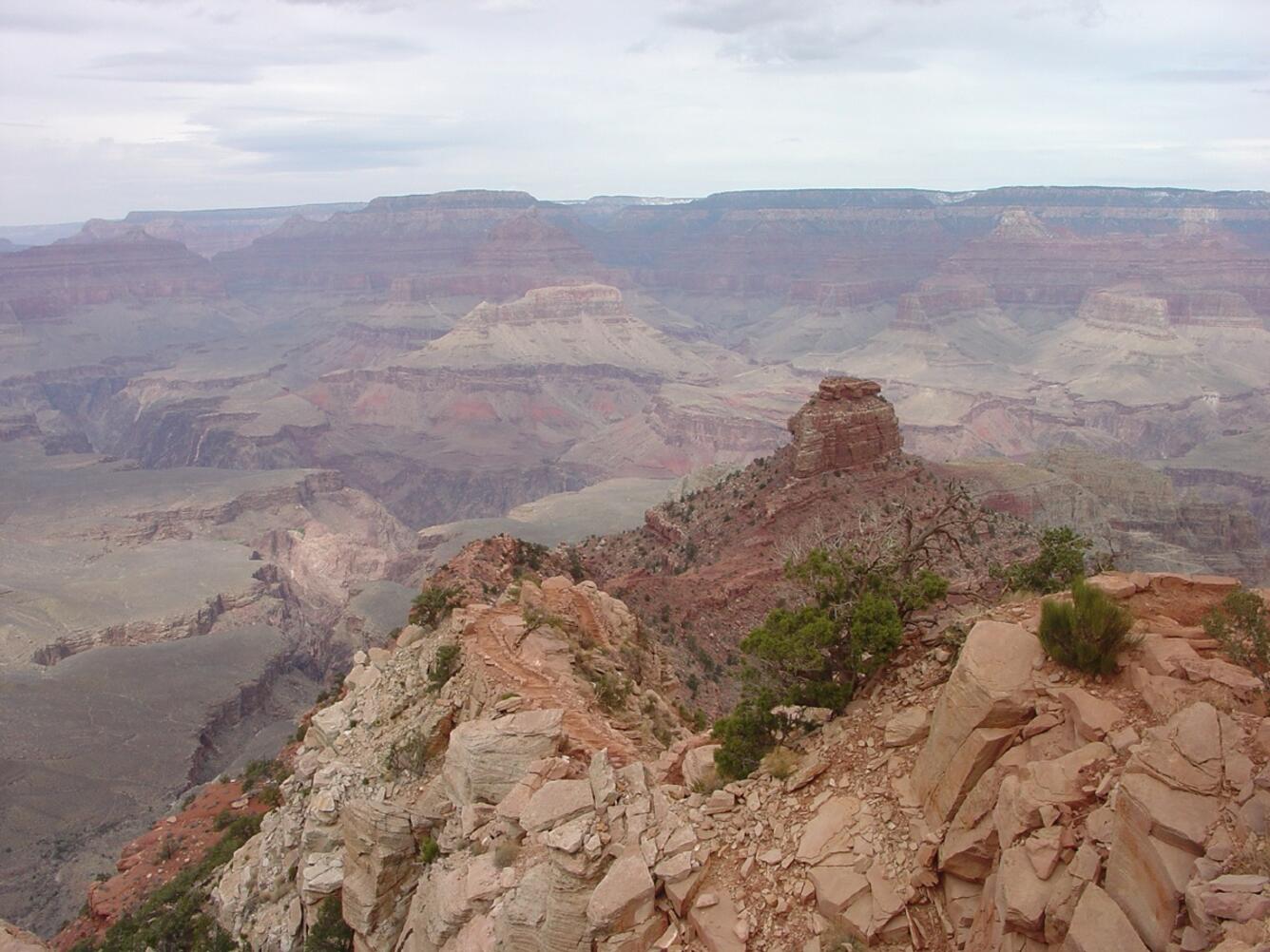 This view is looking down (and north) along the South Kaibab Trail where it follows Cedar Ridge toward O'Neill Butte (to the right). O'Neill Butte consists of beds of the Esplanade Sandstone of the upper Supai Group. The Esplanade Sandstone is overlain by the Hermit Shale (visible on the slope in the lower left of this image). The white rock in the foreground is part of the Coconino Sandstone which overlies the Hermit Shale. In the distance, the massive, white Coconino Sandstone forms a highly visible stripe just below the forested top of the Kaibab Plateau on the North Rim. To the left in the lower part of the canyon, Pipe Canyon drains into Colorado River (the river is hidden from view in the Inner Gorge)(Beus, 1987; Billingsley, 2000).