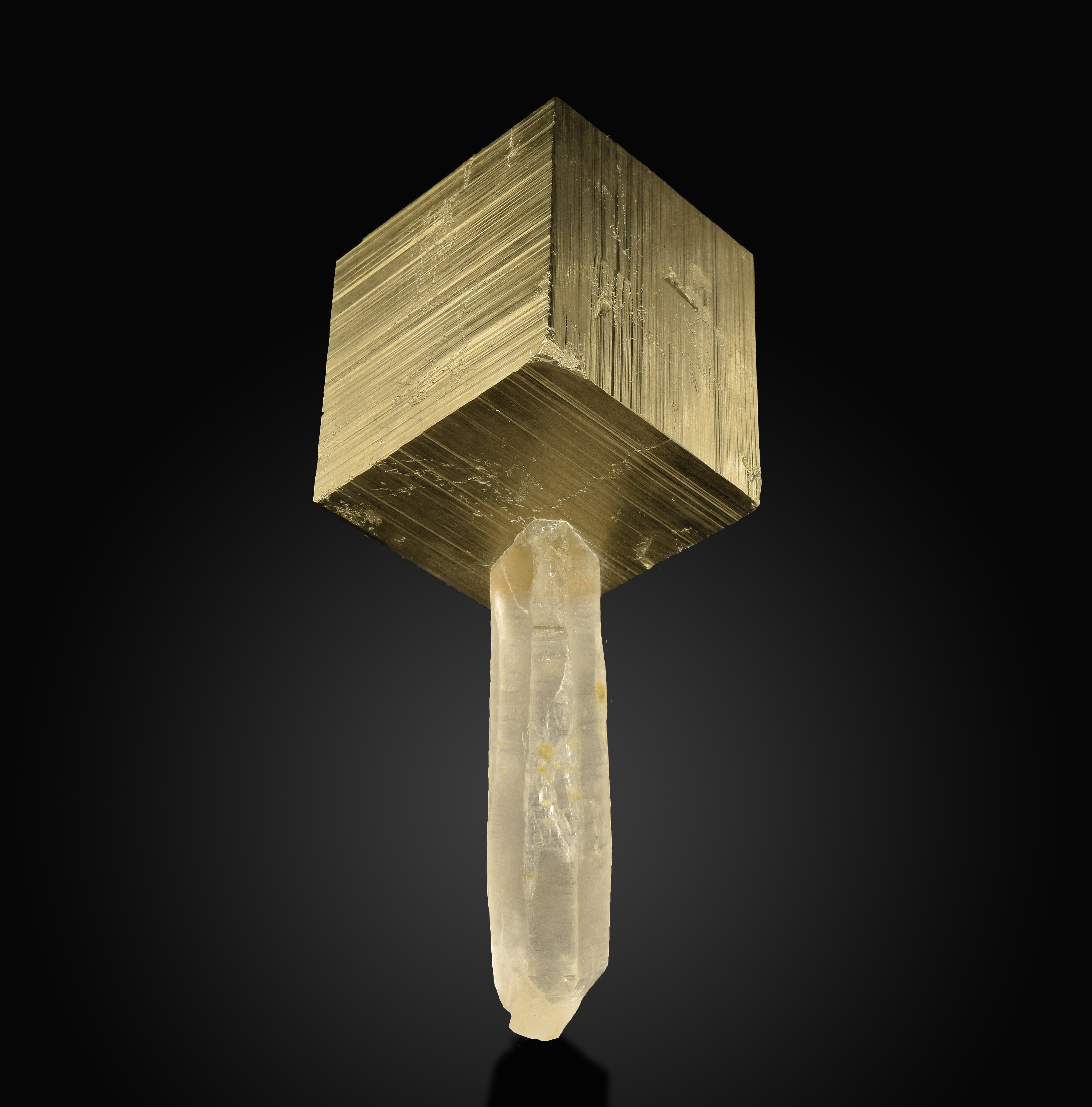 A sample of pyrite and quartz. Iron pyrite, also known as Fool's Gold due to its resemblance to gold, often occurs in quartz veins. Pyrite is an important source of sulfur dioxide, which is primarily used to create sulfuric acid, an important industrial acid. In fact, consumption of sulfuric acid has been regarded as one of the best indexes of a nation's industrial development. More sulfuric acid is produced in the United States every year than any other chemical. For more information about sulfur, visit the USGS Minerals webpage: https://minerals.usgs.gov/minerals/pubs/commodity/sulfur/