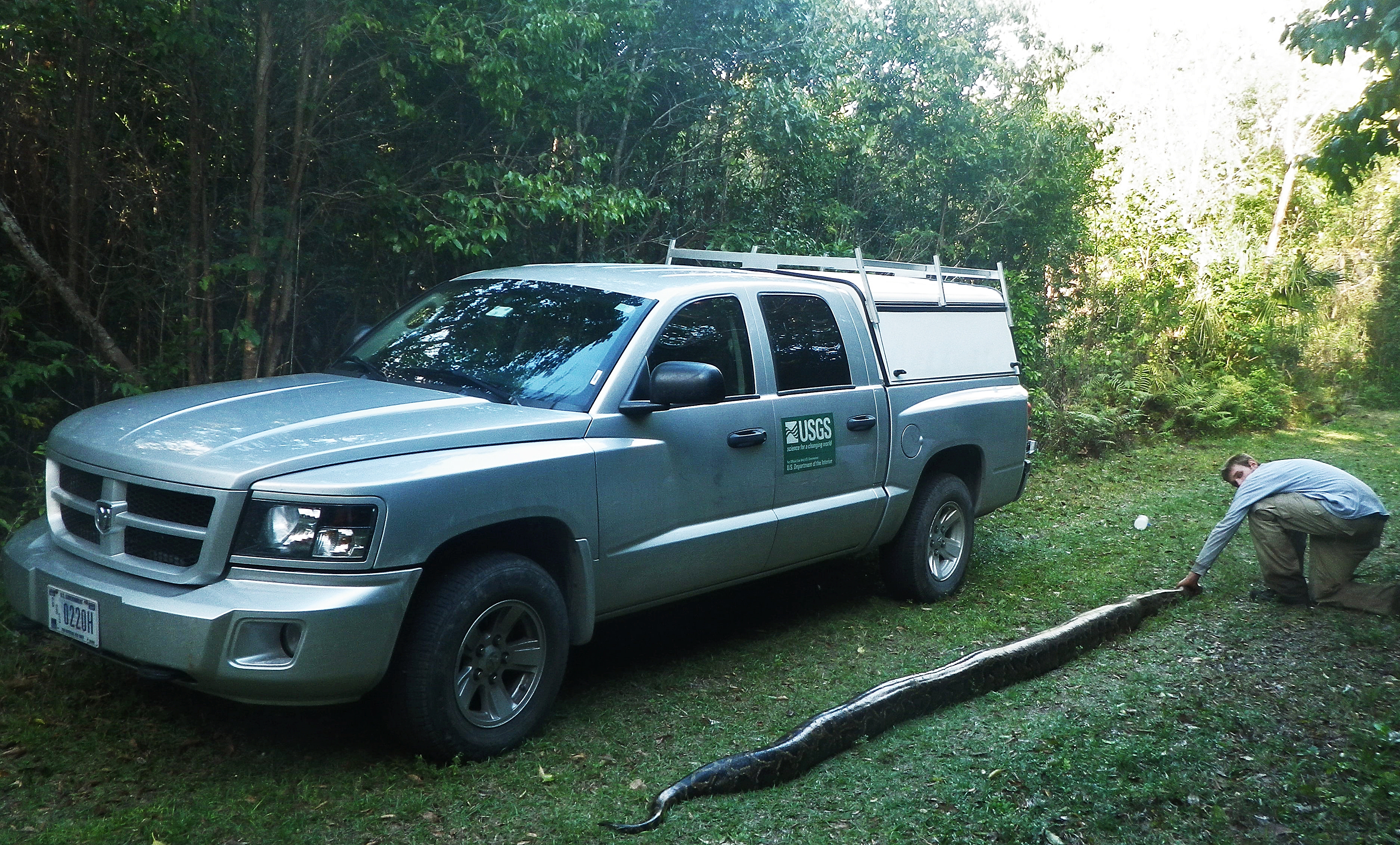 This female Burmese python broke the records for her length -- 17 feet, 7 inches – and the number of eggs she contained: 87. She was first captured in Everglades National Park by USGS researchers in the spring of 2012, when they followed a "Judas snake" -- a male python with a transmitter -- and found her nearby in the bushes. This picture is from the day of her initial capture on March 6, 2012. USGS scientists then outfitted her with two radio transmitters, a GPS device, and a motion-sensing device before releasing her back into the wild. The second radio transmitter was a failsafe, ensuring she wouldn't "go wild" again. The snake remained in the wild for 38 days and then was removed and euthanized. The information from this snake's every move -- each pitch, roll, and yawl -- was recorded by the motion detector, allowing biologists to piece together her behaviors, including her kills. Biologists plan to use detailed information about the snake’s biology and activity patterns to develop control methods for this invasive species. Pythons are effective at blending in the tall marsh grasses that give the Everglades its nickname, "The River of Grass," making it hard to spot the pythons even when they are being radiotracked.