Repeat color photograph taken in 1992 of Glen Canyon Dam, a match to the 1889 image by Nims from the Stanton Expedition 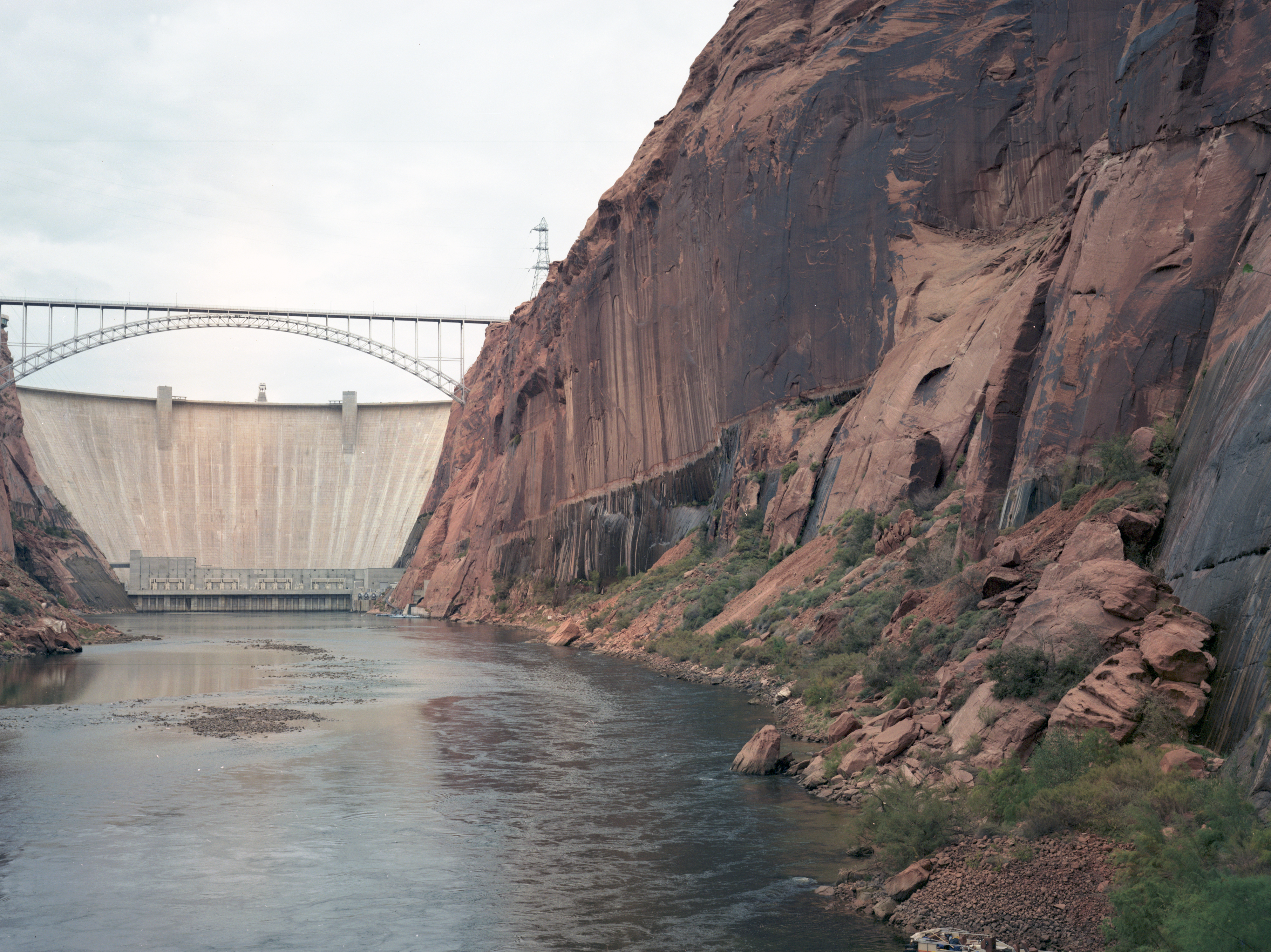 A USGS repeat color photograph of Glen Canyon Dam taken on October 29, 1992 as a match to the 1889 Franklin Nims image of the site before the dam was built, at Colorado River mile -14.7, during the Stanton Expedition. The view is taken upstream from river left. Stake (camera point) s2638 in the SBSC's Southwest Repeat Photography Collection.

In October 1956, the blasting began on the walls of Navajo Sandstone at this once obscure spot. In 1963, Glen Canyon Dam was completed and Lake Powell began to fill. At this point, about one-half mile downstream, a new horizontal stripe on the wall was created by seepage from the reservoir. The small sand bars that lined the banks of the Colorado River in 1889 have eroded away, although a large sand bar is present directly across the river from the camera station. Photo credit: Robert H. Webb, USGS.