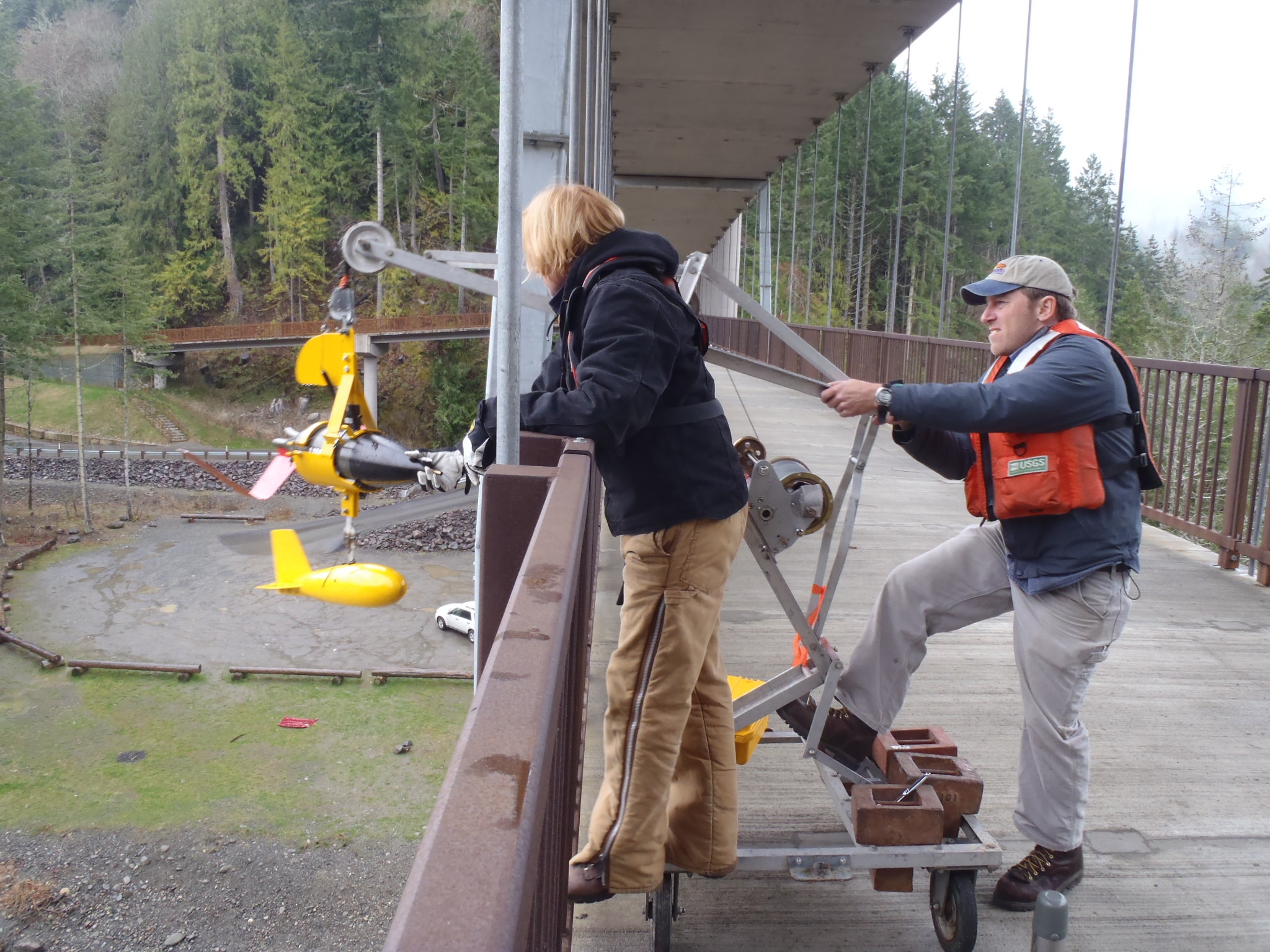 USGS researchers Chris Curran and Raegan Huffman retrieve instrumentation to measure sediment concentration from the Elwha River, Washington. Two large dams on the Elwha River are being incrementally removed from 2011 to 2013 to restore river function in an important salmon-bearing river. The USGS is sampling sediment from the river during the dam-removal project to quantify the magnitude and timing of sediment released during the restoration project. One third to one half of 24 million cubic yards of sediment is expected to be released and flow downstream during the next 3 to 6 years.