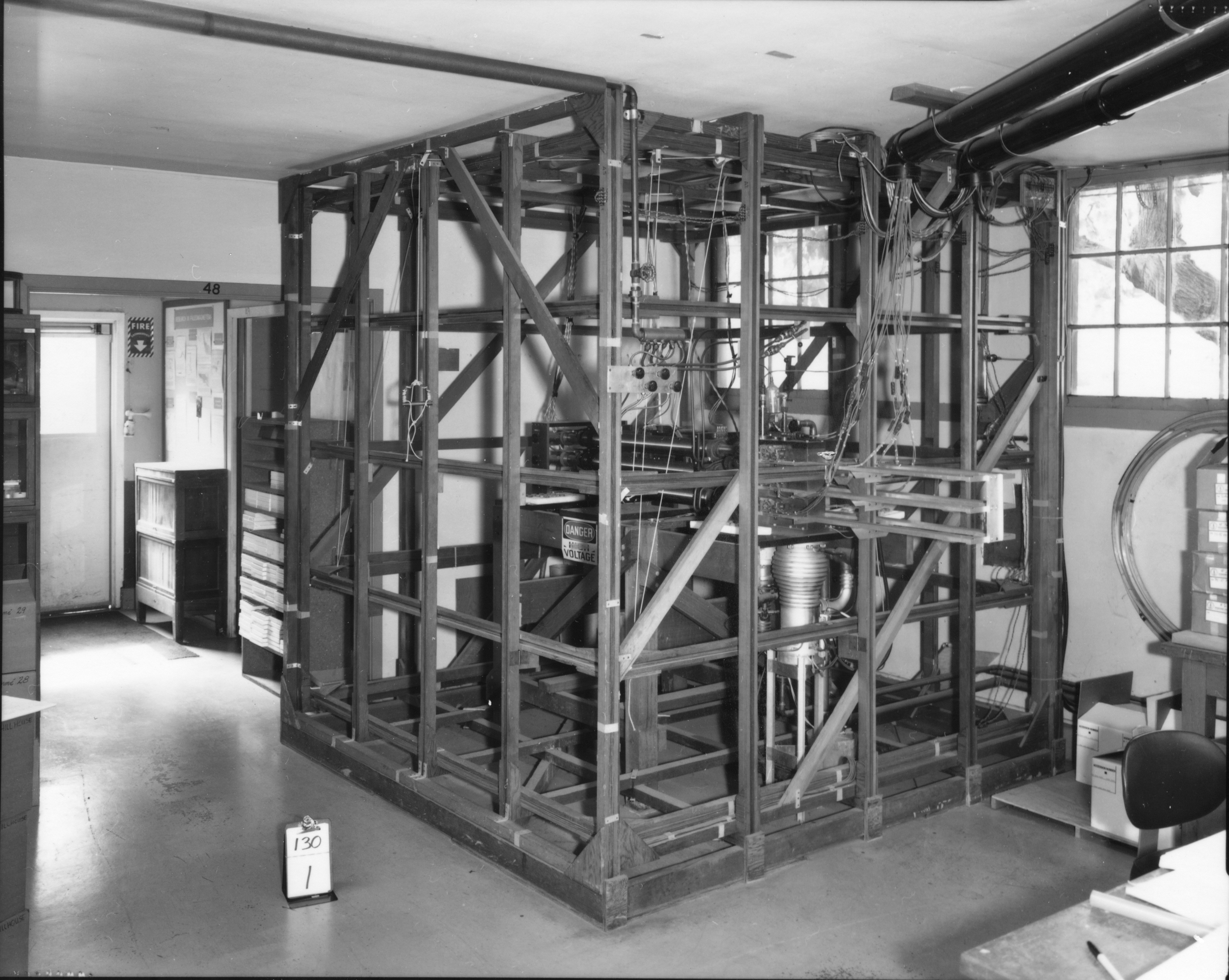 Rubens coil inside the Rock Magnetics Laboratory on the USGS Menlo Park campus. The function of the Rubens coil is to cancel the earth's magnetic field for thermal demagnetization of core samples. It is constructed of nonmagnetic materials and the control unit is place far enough away from the instrument to avoid interference from its metal components.