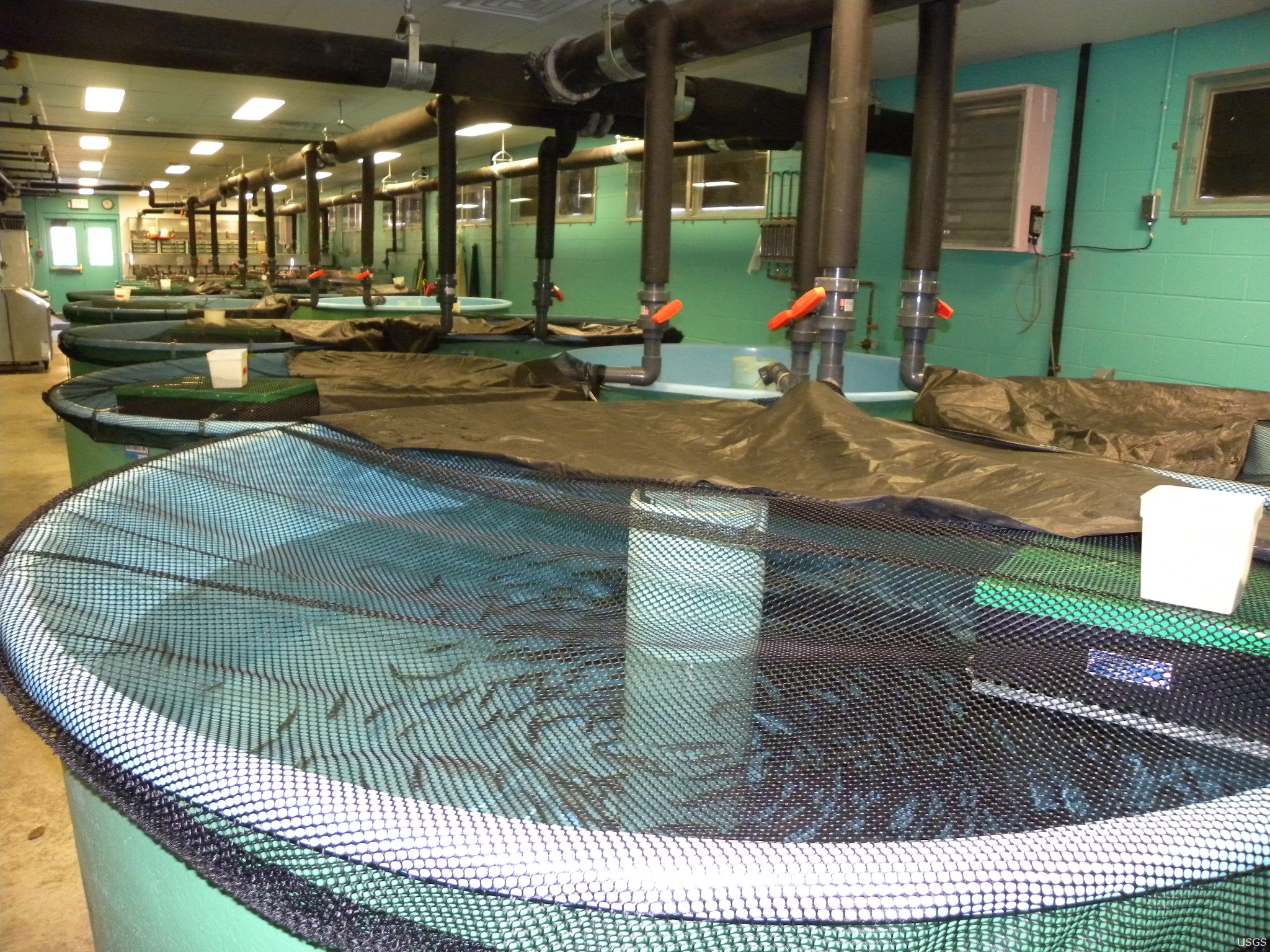 Specialized tanks at the USGS Tunison Lab hold young Atlantic salmon until they are released in Lake Ontario tributaries.