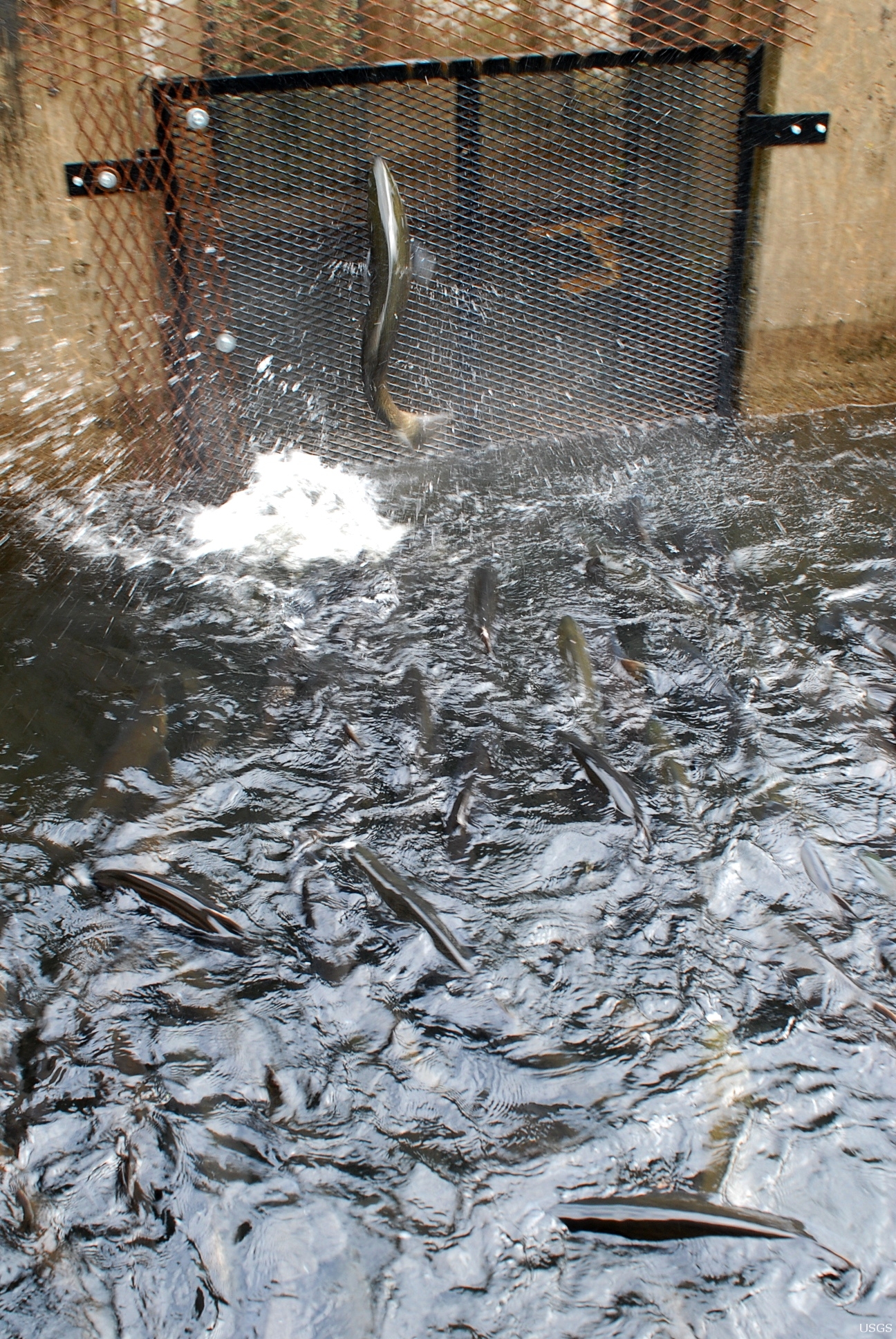 Salmon that have been reared and released at the NY State Salmon River Fish Hatchery imprint on the Hatchery waters, often returning to visit the Hatchery after they are released.