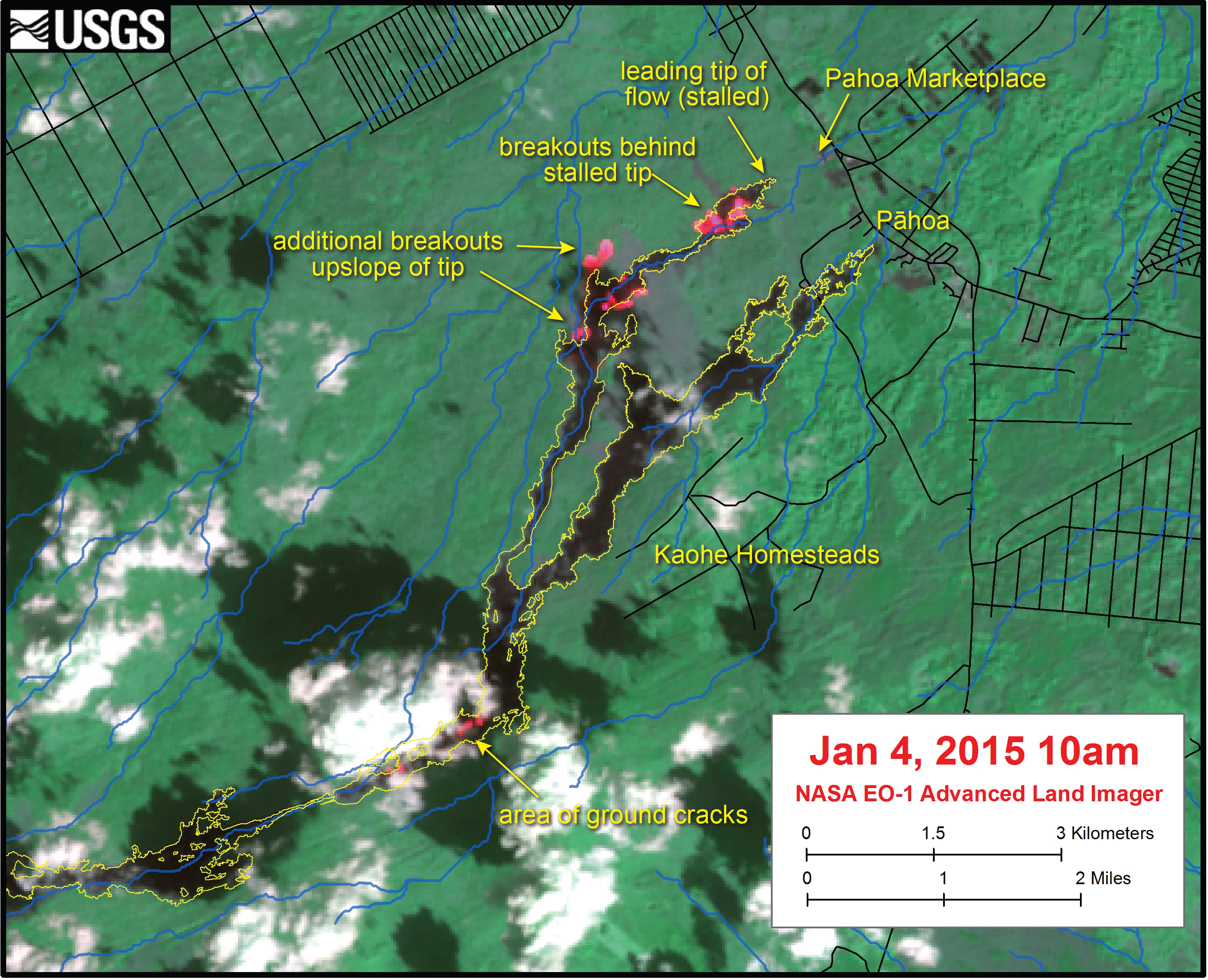 This satellite image was captured on Sunday, January 4, by the Advanced Land Imager instrument onboard NASA's Earth Observing 1 satellite. The image is provided courtesy of NASA's Jet Propulsion Laboratory. Although this is a false-color image, the color map has been chosen to mimic what the human eye would expect to see. Bright red pixels depict areas of very high temperatures and show active lava. White areas are clouds. The yellow outline is the flow margin as mapped on Tuesday, December 30.

The image above shows a close-up of the June 27th lava flow in the area of Kaohe Homesteads and Pāhoa. Although the leading tip of the flow has stalled recently, active breakouts have persisted a short distance upslope of this stalled tip. The image shows active breakouts (red pixels) roughly 400 meters (440 yards) upslope of the stalled tip, with additional breakouts scattered 2-3 km (1.2-1.9 miles) upslope. Also, several small breakouts are active in the area of ground cracks, near the abandoned well site.