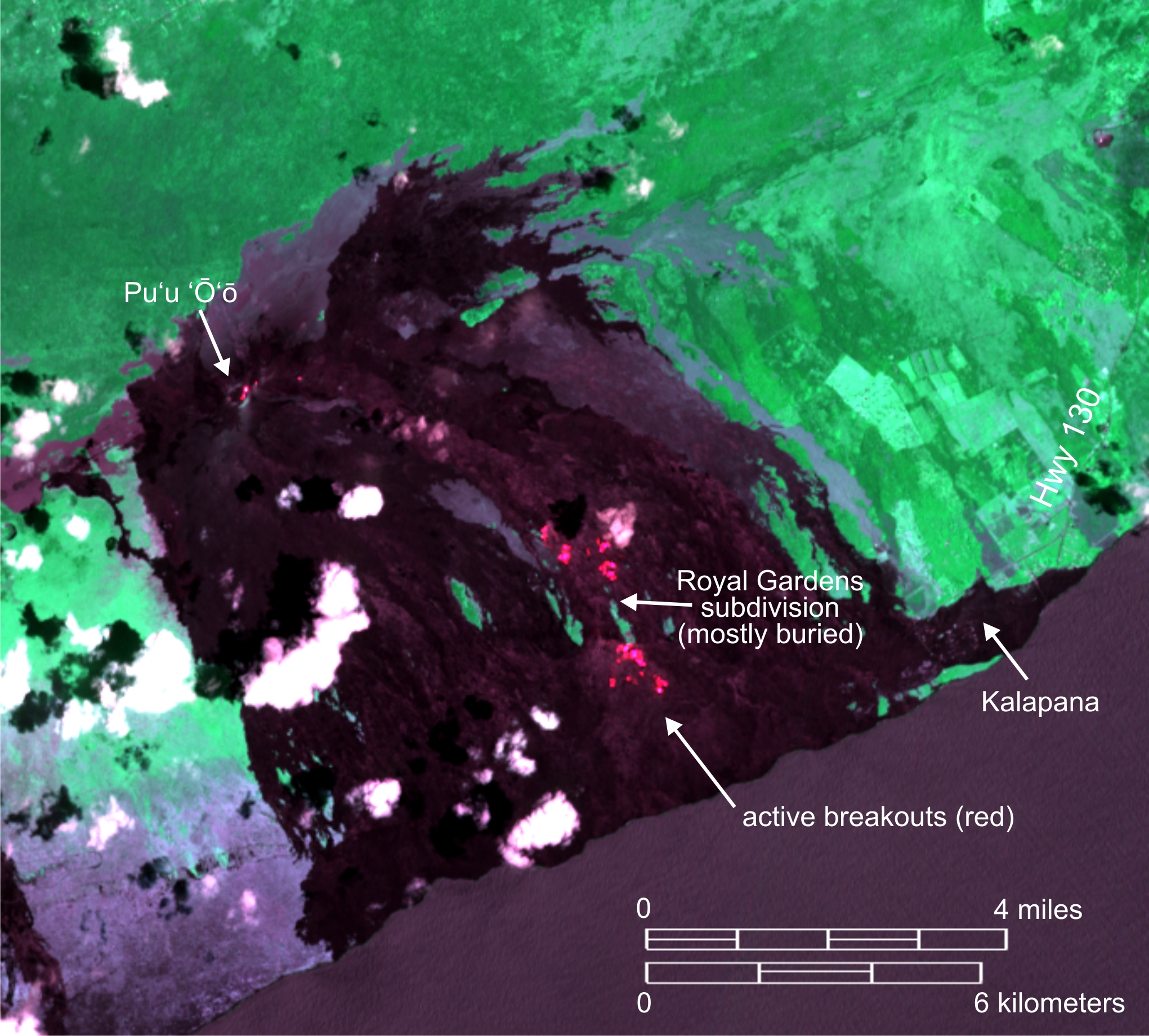 This false-color image was captured on August 19 by NASA's Earth Observing 1 satellite using the Advanced Land Imager sensor. The image consists of several near-infrared and shortwave infrared channels combined in such a way as to mimic those colors expected by the human eye, with vegetation green, lava flow fields black and active surface lava flows as red. The image shows scattered breakouts in Royal Gardens subdivision, which is now mostly covered by lava. The active flows were about 2 km (1.2 miles) from the ocean, but have not made any significant progress over the past week. Red spots in Pu‘u ‘Ō‘ō show the location of an active lava pond, and two red dots east of Pu‘u ‘Ō‘ō mark the location of skylights over the lava tube.