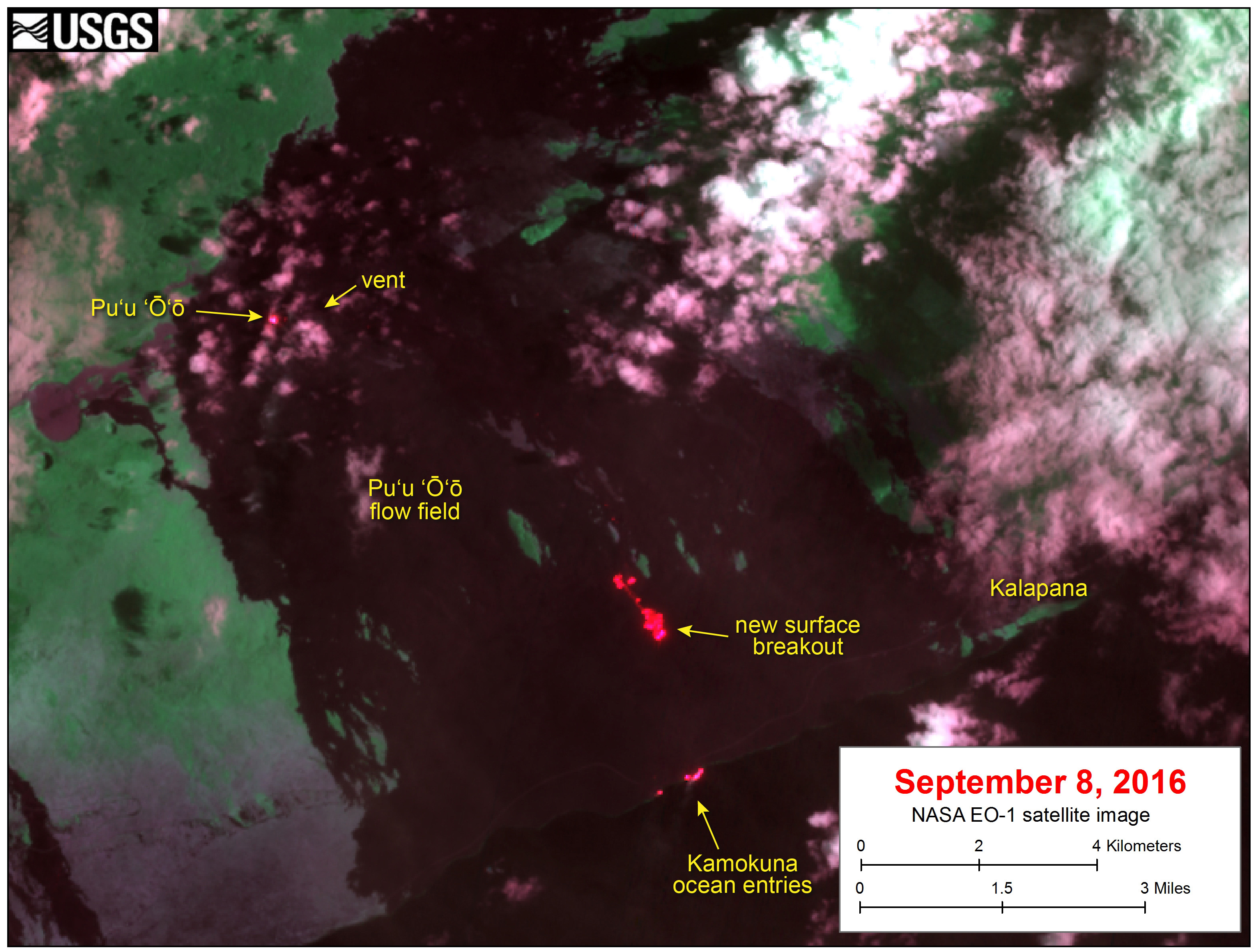 This satellite image was captured on Thursday, September 8, by the Advanced Land Imager instrument onboard NASA's Earth Observing 1 satellite. The image is provided courtesy of NASA's Jet Propulsion Laboratory. Although this is a false-color image, the color map has been chosen to mimic what the human eye would expect to see. Bright red pixels depict areas of very high temperatures and show active lava. White areas are clouds.

Over the past few weeks, lava on the episode 61g flow has been mostly confined to subsurface lava tubes, with little activity on the surface. This image shows that a new surface breakout has appeared near the base of the pali, with lava extending about 1 km (0.6 miles) onto the coastal plain. This breakout is fed by lava breaking out of the lava tube onto the surface. Small amounts of surface lava (red pixels) are also present at the ocean entry, where lava is spilling into the water.