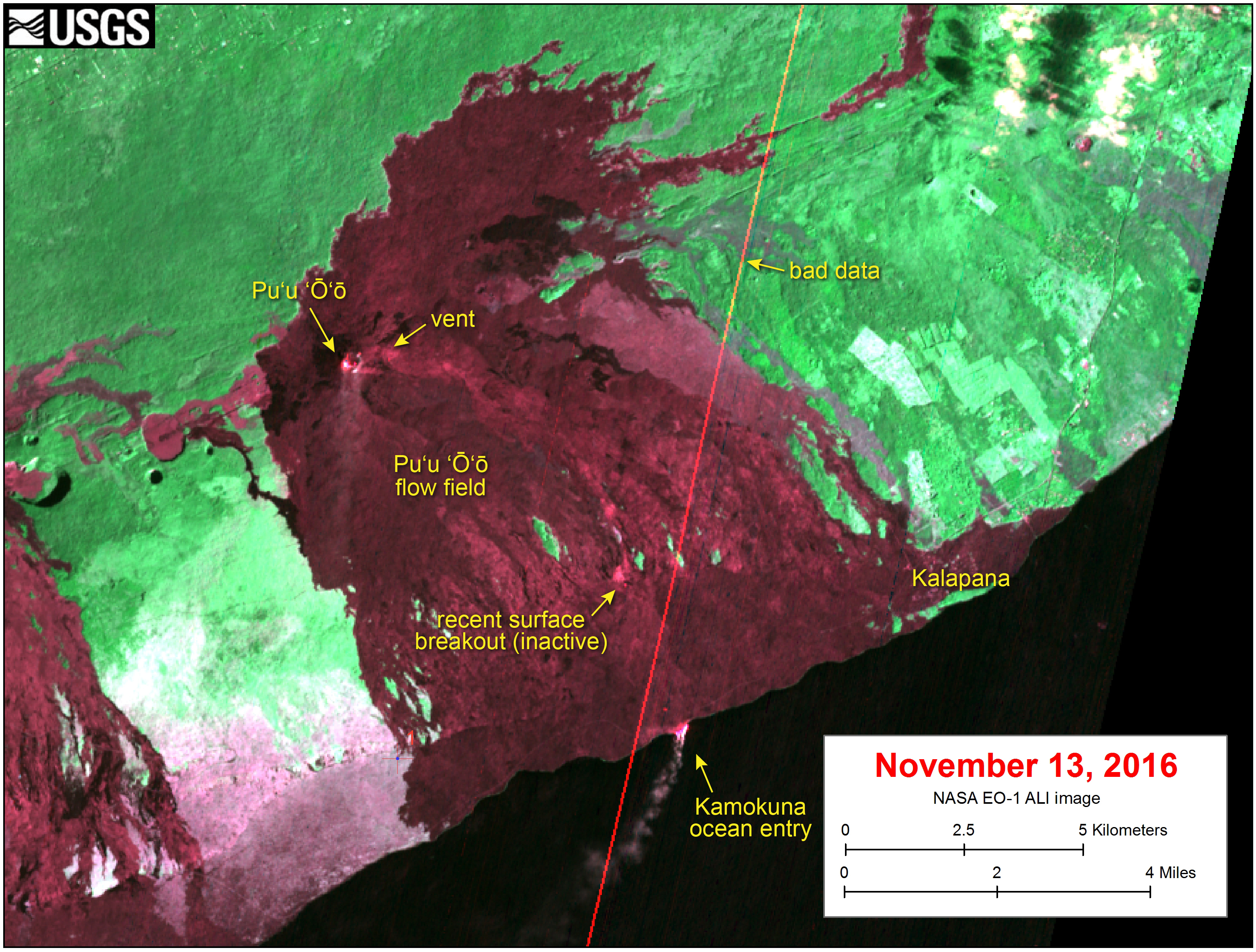 This satellite image was captured on Sunday, November 13, by the Advanced Land Imager instrument onboard NASA's Earth Observing 1 satellite. The image is provided courtesy of NASA's Jet Propulsion Laboratory. Although this is a false-color image, the color map has been chosen to mimic what the human eye would expect to see. Bright red pixels depict areas of very high temperatures and show active lava. White areas are clouds.

In recent weeks there has been little surface activity on the flow field, with lava traveling almost exclusively through the subsurface lava tube from the vent to the Kamokuna ocean entry. Last week a breakout appeared at the base of the pali and was active for several days, but was inactive by this past weekend. This image shows a warm area in the area of last week's breakout, and no signs of other active breakouts on the surface. Bright thermal anomalies are present in Pu‘u ‘Ō‘ō Crater, where a small lava pond is active, as well as at the ocean entry, where streams of lava pour into the ocean.