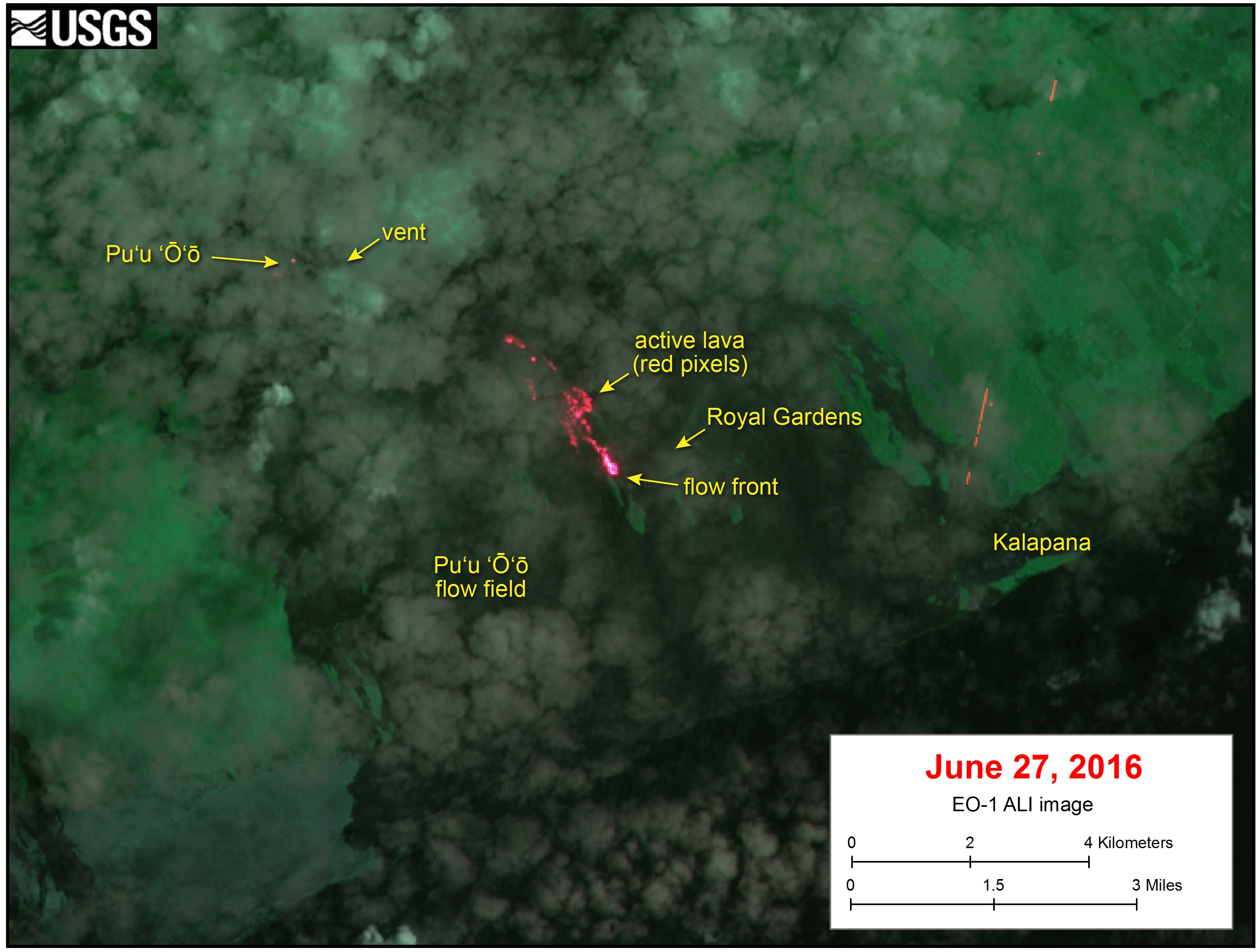 This satellite image was captured on Monday, June 27, by the Advanced Land Imager instrument onboard NASA's Earth Observing 1 satellite. The image is provided courtesy of NASA's Jet Propulsion Laboratory. Although this is a false-color image, the color map has been chosen to mimic what the human eye would expect to see. Bright red pixels depict areas of very high temperatures and show active lava. White areas are clouds.

The image shows continued advancement of the flow towards the southeast. The flow front is progressing down the pali, along the western portion of the abandoned Royal Gardens subdivision and along the eastern boundary of Hawai‘i Volcanoes National Park. Over the past few days, the flow has moved at a rate of about 300 meters per day (0.2 miles per day) - an increase over the rate last week and likely due to the steeper slope on the pali.