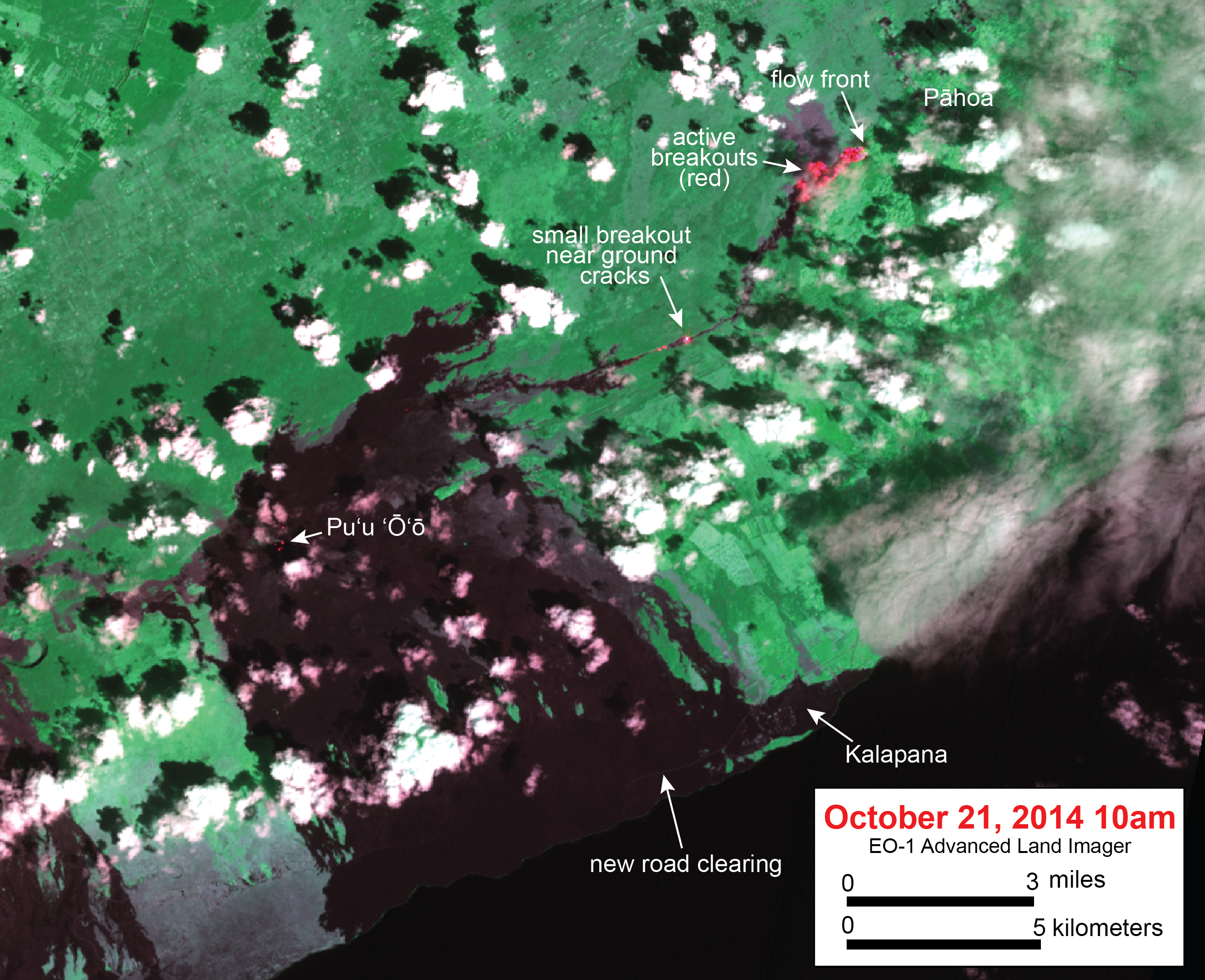 This satellite image was captured by the Advanced Land Imager instrument onboard NASA's Earth Observing 1 satellite. Although this is a false-color image, the color map has been chosen to mimic what the human eye would expect to see. Bright red pixels depict areas of very high temperatures, and show active lava. White areas are clouds.

The image shows that the flow remains active. Most active breakouts are focused near the flow front. These breakouts extend from the leading tip of the flow back to about 2 km (1.2 miles) behind the front. Several small breakouts are also active in the area where lava is moving through ground cracks. The June 27 vent is on Pu‘u ‘Ō‘ō, and Pu‘u ‘Ō‘ō Crater contains several small hot spots (which are caused by several small incandescent holes on the crater floor). The newly cleared portion of Chain of Craters Road is also faintly visible near the coastline.